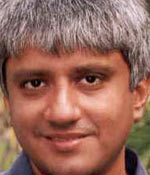 Vikram Bhatt is all set to thrill us yet again, after his last horror film 1920, with Three -- Love Lies Betrayal. But this time it's not an evil spirit but adultery that rears its ugly head.

Three is directed by Vishal Pandya and stars Aashish Chowdhry, Akshay Kapoor and Nausheen Ali Sardar. The film will release on September 3.

So what inspired Bhatt to make this movie? Well, it has been inspired by events in his own life. Vikram Bhatt explains his views in this column.

I have lived my life in my own terms which, in other words, means that I have not really given a damn about who I have hurt or who has been at the receiving end of my actions. I have glided through life like a feather in the wind and here please read wind as the force of every whim and fancy and the need to break all rules of society.

Two questions here; one, would I do the same things again given an opportunity to relive my life and given the same choices? The answer is a thoroughly soul researched No. I have caused much pain to my near and dear ones and would not like to go through the same route again.

The second question is an obvious addendum to the first and that is how would I feel if my wife or my girlfriend cheated on me? Would I accept her?

There is a strange duality when it comes to this. There are scores of wives that accept their erring husbands and forgive their dalliances but how many men would forgive an erring wife and let her back into their houses and lives?

I think the world is divided into two categories. One that does nothing about the unlawful attractions that they feel and the other that goes ahead and succumbs to that attraction. There is no one and I repeat no one who has been married and not felt even that momentary attraction for someone other than their spouse.

So yes, the ones that only think of adultery and others that commit adultery. What is the big hullabaloo about adultery? And the bigger hullabaloo about exclusivity. Was man as an animal made for monogamy? Man is just an animal for heaven's sake and he is polygamous by nature. Whoever expects a dog or a cat or a rabbit to be exclusive to another dog, cat or rabbit. 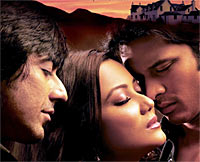 It's the arrogance of man that makes him think that he is more evolved than the animals. As a matter of fact man, other than dolphins, is the only animal that has sex for fun! No other animal mates for any reason other than propagation.

It's just sex! What's the big deal! Some clothes off, some skin on skin... what is so exclusive about it? Why should it be sacred and saved for one.

So back to the question? Yes, I would not care if my girlfriend had sex outside our relationship as long as it was worth it! I don't believe in exclusivity.

I am talking from experience. Women in my life have cheated on me and I have accepted their apology and their need to go on with me and I have not thought about it for another minute.

I am for adultery in its purest form. This is me. I am in my company and that is what thrills me. If someone with me seeks other company then they are free, completely.