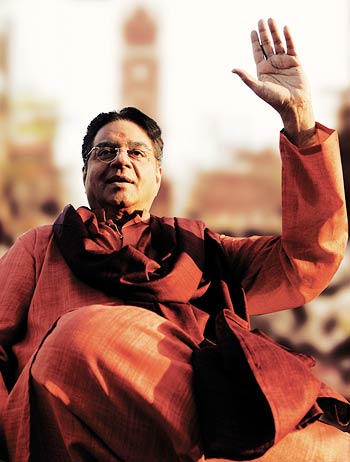 Ram Gopal Varma loves to spring surprises on his audiences.

Currently, he is busy with his tri-lingual Rakta Charitra, based on the real life story of Paritala Ravi, a dreaded faction leader in Andhra Pradesh. He later became a minister in chief minister N T Rama Rao's cabinet before he was assassinated in 2005.

Shatrughan Sinha will sport an interesting look in the film -- for starters, he has shaved off his trademark moustache.

How do you like Shatru's new look in the film? Tell us!