Anoop Desai, who was in serious trouble two weeks ago with low votes in the American Idol competition, went from "being a zero to a hero," with his performance on Tuesday as Simon Cowell, one of the judges at the competition said.

And that performance made Anoop 'safe.' Following the voting which saw over 31 million choosing their favourites, Anoop roared back as a favourite. He is among the 10 contestants, following the elimination of one.

This was a crucial stage in the competition, and as every contestant will go on with the American Idol national tour, never mind when the candidate is eliminated in the competition. Two years ago, Sanjaya Malakar, the first person of Indian origin too got an opportunity to go on the tour.

Simon Cowell is the toughest of the four judges. After Anoop's soulful renditon of Always on My Mind, Cowell -- who criticised Desai's rendition of Michael Jackson's Beat It last week -- changed his opinion of Anoop.

Unlike Sanjaya, Anoop, who is in a master's program at the University of North Carolina (UNC), is not into flamboyant hairstyle or flashy clothes.

"Those who have known him for many years see that he is not changed a bit," says his second cousin Mauli Desai, who at 28 is six years older to him. "We knew that he was a good singer when he found a place in the college's acapella group. He had hardly sung in front of the family. He is quite shy."

He also served as the music director of the group The Clef Hangers in his junior year and as its president in his senior year. The group has recorded two CDs which contain selections featuring Anoop as a soloist Both CDs have earned acclaim from the larger college acapella community.

But the shyness began to wear off as he was getting praise for his vocals on the campus.

"Now, lot of his cousins ask him to sing the first dance song at their wedding," Mauli says. "He sang Crazy Love at my wedding."

Anoop asked cousin Mauli if she wanted a Gujarati or a Hindi song. "He speaks fluent Gujarati but not much Hindi," she says. "But he said he would learn the song if I wanted an Indian song but I chose Crazy Love."

Anoop is the only child of Manoj Desai  who graduated from IIT, Kanpur and came to America in 1977. Anoop's mother Nalini Desai who earned her doctorate in South Africa also studied in a college program in Navsari,  Gujarat. She works in the bio-tech field. The couple lives in Chapel Hill, North Carolina.

Mauli feels that he began singing in the presence of the family as his confidence grew over the last few years. "We thought it was a big deal when he found a place on The Clef Hangers because the competition is strong," she adds, "but when he entered the American Idol all of us felt naturally felt more proud of him."

Mauli, who has a degree in international studies, went to the same university Anoop is.

"Now we are looking at him as our equal," she says chuckling. "But when he was growing up he was like a kid brother to us. We had all kinds of nice names for him but I guess the most popular was Anoopy.'

She believes that Anoop, who looks poised and relaxed on the show, gets his inner confidence from the support he has received from his parents and the extended family.

"I never heard my uncle and aunt tell him that he should study this, be a doctor or go nto business," she continues. "I think he feels very close to his parents because they treated him as a responsible young man."

Anoop graduated with distinction from UNC-Chapel Hill (2008) with a double major in Political Science and American Studies. He also received a 4-year merit scholarship (2004-2008 Hinkle Carolina Scholar) and at graduation was awarded the Peter C Baxter Memorial Prize in American Studies for his "intellectual excellence, personal warmth and creativity"

So what are Anoop's career goals?

"Anoop has many options open to him," says his aunt Kirti Desai. "He loves music and right now would like to investigate if a career in music is a feasible option for him."

Has her kaki (aunt) offered any prayers for Anoop?

"We all pray in our own way," she says, "but we have prayed a lot for Anoop."

Anoop or his parents cannot be interviewed when the competition is going on.

What is the best advice his parents have given him, we asked Kirti Desai.

"Be true to yourself," she said, adding, "Respect everyone...Be gracious."

What is the best thing Kirti Desai has told him about the competition?

"This is a great opportunity for an education in real life."

Mauli Desai says each week some members of the family join Anoop's parents at the competition. "They fly in from all across America to be in Hollywood to boost his morale," she continues. "He offers the tickets to his family first and only then to his friends. If I did not have a newly born baby, I would be there too."

But she is not regretting not being able to attend the American Idol. She feels she is going to see him sing at very big venues. 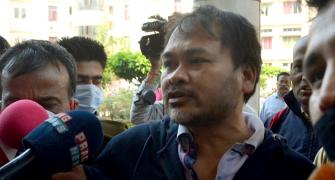 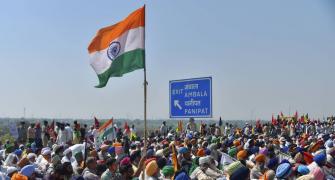 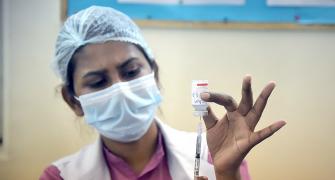 Why America is going gaga over this desi