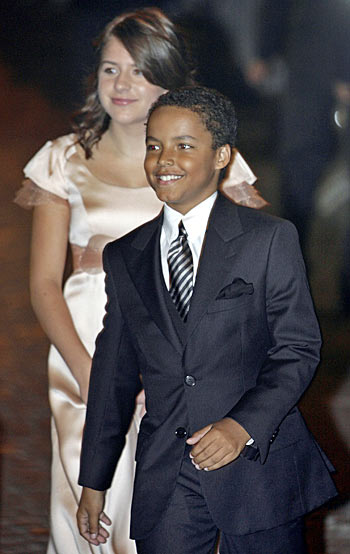 The film is about a group of teenagers who form an insurgency when their town is invaded by Chinese and Russian soldiers.

Cruise is playing Daryl, the mayor''s son, and best friend of tech geek Robert, to be played by Hutcherson, reports the China Daily.

While Lucas will play Erica, head cheerleader and the Peck character's girlfriend, whom he desperately hopes to spring from an internment camp, Hodge will play Danny, the coolest kid in school and star wide receiver who helps establish the resistance.

The film, to be directed by Dan Bradley, will go on floors in Detroit and is set for a September 24, 2010 release.

The young cast is heading for military training in an undisclosed location in few weeks.

Image: Tom Cruise's children Isabella (left) and Connor arrive for a party at a restaurant in Rome. (Photograph: Chris Helgren/Reuters)