News
Business
Movies
Sports
Cricket
Get Ahead
Money Tips
Shopping
Sign in  |  Create a Rediffmail account
Rediff.com  » Movies » Why everyone should watch The Breakfast Club

Why everyone should watch The Breakfast Club 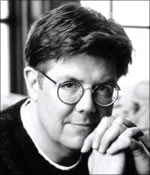 A director named John Hughes passed away last week. He was 59 and died tragically of a heart attack, and most of us barely even reacted until someone tweeted that he wrote Home Alone. So some heads were nodded, some cruel-world comments were made, and life went on. Except he deserves so much more, this wonderful filmmaker with the ability to tap into all our childhoods. He deserves rediscovery, and for you to watch and smile at his extraordinarily warm movies. If you haven't already grown up with his work, you're in for a treat. And if you, like me, were fortunate enough to have giggled geekily over Weird Science when you were 11, you're in for another.

John's films shouldn't be hailed because they're real, but because they're the best kind of fantasy: moments of outrageous wish-fulfilment that could conceivably happen if all the variables fell into just the right place. They're also slices of youth, films unashamedly soaked in naivete, an unworldliness that would always suggest a mythically simpler time -- even though there's never been a time as simple as those in John's films, by golly we wish there had been.

He only directed eight films, even though the many movies he wrote do seem to have at least a level of his trademark guilelessness. His first film, Sixteen Candles, revolves around a young girl's heartbreakingly forgotten birthday. The events happening to young Samantha as her family fusses around her sister's wedding reach an epic level of awfulness, but that's how the really good 'feelgood' movies operate, and this is one of the most effective.

His second film, The Breakfast Club, is most likely to be remembered as his classic and rightly so. Set over a day of detention, it fantastically etches out high school stereotypes -- "a brain, an athlete, a basket case, a princess and a criminal" -- by starting them out as cinematic caricatures but filling in the lines as it goes along. His next film Weird Science is a horndog teen fantasy except seen through Hughes-coloured glasses, and then comes Ferris Bueller. 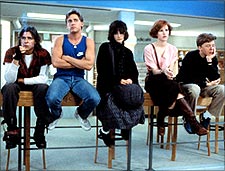 For any of us who has ever bunked school -- and teachers of Don Bosco School would doutbless still recount colourful tales of yours truly making spectacular getaways -- Ferris is the man. Matthew Broderick never got cooler than this, and the character was a true slacker icon before the slacker movie genre was anywhere close to coming about.

One can go on at length about each of his films, but all I'll say for now is watch them. As an Indian kid growing up far from American high schools and convertibles, John Hughes and his movies provide an astonishing bridge into the mythical, nonexistant Americana -- that imaginary country where Archie Andrews plays the field, Clark Kent writes for a newspaper and The Fonz is always around if the resident jukebox is stuttering. It doesn't exist but for a while Hughes makes us want to believe in it anyway.

Yesterday, a bizarre womanfriend obsessed with Sixteen Candles and Molly Ringwald was commenting on how peculiar it was that John's films were often set in a very limited space, like one night or one day or one trip, and thinking about that, I believe his films worked rather similarly to tall tales: you can exaggerate your head off about what you and your buddies got up to in one day or one night, but tie up all the fun fibs neatly and you can claim that life went on after the events, that all went back to normal. Well, almost normal, anyway.

Rest In Peace, John Hughes. Sure life will go on, but thanks for letting us pretend it was way more fun than it really was.