How did Mozart die? 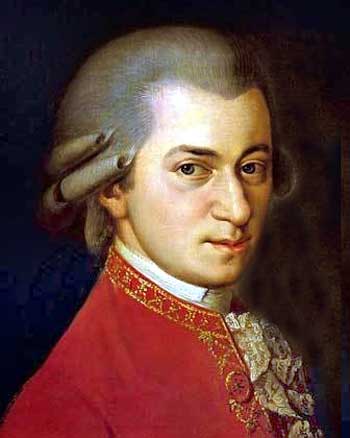 Do you know how Wolfgang Amadeus Mozart died?

Was the great composer slowly poisoned by his jealous rival, the conductor and composer Antonio Salieri, that evil character played by F Murray Abraham in Milos Foreman's Oscar-winning film 'Amadeus'? Is it true that Salieri confessed to this murder on his deathbed 34 years later?

Or did Mozart die in penury -- even as he composed one of his greatest but incomplete works, 'Requiem Mass in D Minor' -- unattended by a doctor?

A recent study by researchers at the University of Amsterdam in The Netherlands claims that the maestro died of a sore throat caused by a streptococcal infection.

Yes, in those days of pre-penicillin, the streptococci bacteria, that looks like a twisted string or cluster of tiny berries (hence its name) under the microscope and often lives in our bodies, in our throats or under our skin, was a vicious, evil germ killing countless in its wake. And in Vienna in the winter of 1791 an epidemic, caused by this deadly bacteria, termed locally as 'Wassersucht', was raging.

When Mozart died on December 5 that year, according to those who nursed him -- his wife Constanze and his sister-in-law Sophie Haibel -- his body was severely swollen and official records attributed his death to a 'severe miliary fever'. A family doctor named Thomas Franz Closset was in attendance.

Apparently Mozart had returned rather ill from Prague in September, where he had been for the premiere of his opera 'La Clemenza di Tito', that was presented for Emperor Leopold II's coronation as king of Bohemia. Back in Vienna, while walking in the city's famous park, the Prater, he mumbled to his wife that maybe the 'Requiem' he was writing should be for himself.

In spite of sickness, the ever energetic Mozart carried on with his numerous commitments, even conducting the premiere of his enduringly popular, enchanting opera 'The Magic Flute' towards the end of September and went every night, mildly sick, taking his friends and relatives with him, to proudly hear it.

He was finally was bedridden, suffering delusions, vomiting, totally incapacitated, by late November and died a few weeks later, even as he worked on the 'Requiem' on his death bed, rehearsing parts with relatives.

The Amsterdam researchers attribute his death to acute nephritic syndrome which is a complication arising from a severe infection of streptococci bacteria.

Mozart was always a sickly individual and according to historical records had suffered at some point in his life from smallpox, tonsillitis, bronchitis, pneumonia, typhoid fever and rheumatism.

Do you think 'Amadeus', the movie based on Peter Shaffer's screenplay, starring Tom Hulce as Mozart, would have been even half as gripping if it concluded with the composer dying of a sore throat?