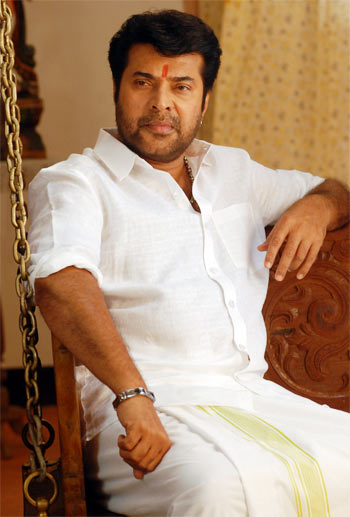 Director Shafi has teamed up with actor Mammootty twice before, in Thommanum Makkalum and Mayavi.

Will they make it three hits in a row? Well, they hope so to with their third Malayalam outing titled Chattambinadu.

The story is set at a place called Chembattunadu, where two wealthy families have been fighting for several years. Both of them have sought the help of goons to fight against each other. Things get complicated when the goons take control of the whole area which results in Chembattunadu being renamed as Chattambinadu.

The shooting of the film has been completed at Pollachi. Benny P Nayaramabalam, who scripted some of the big hits in the past like Kalyanaraman, Chanthupottu, Thommanum Makkalum, Chotta Mumbai and Annan Thampi among others, has scripted this one too.

Mammootty plays Vijendra Mallaya, who hails from a Kannada speaking area, but knows a little bit of Malayalam. With a stubble and clad in white outfits, Mallaya is a rich goonda, with several cases pending against him.

Produced by Anto Joseph and Noushad, Chattambinadu is being released by Play House, recently launched by Mammootty. Manoj Pillai wields the camera while Alex Paul scores the music.