First look: Sex And The City 2 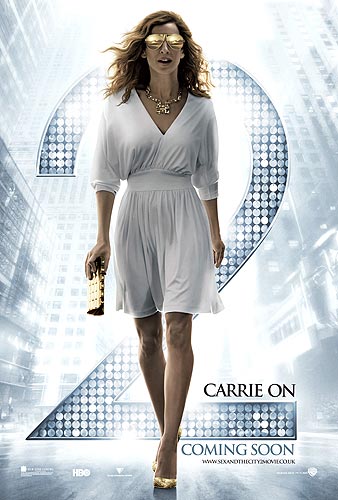 Sex And The City 2, the sequel to the 2008 summer blockbuster, has begun shooting in New York City.

'It's a great privilege to be spending time again with this beloved cast and crew and to be filming in New York City,' says Parker.  'We look forward to the next few months of this adventure.'

Of course, where would these women be without their men? Also back for the much-anticipated sequel are Chris Noth as Mr Big, David Eigenberg as Steve, Evan Handler as Harry, Jason Lewis as Smith, Mario Cantone as Anthony and Willie Garson as Stanford Blatch.

Sex And The City 2 also reunites the original creative team from the series and the first feature. Michael Patrick King is once again directing from his own screenplay.

'We are thrilled to have the luxury to continue to tell the story of these four iconic women characters: Carrie, Miranda, Charlotte and Samantha,' says King. 'We will do our best to entertain the loyal fans who were so supportive of the first movie.'

The first film was inspired by the phenomenally popular, award-winning HBO series based on the writings of Candace Bushnell.

Mumbai a city of 'slum dwellers'?