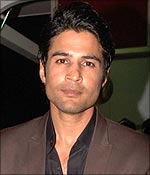 Minister for Information and Broadcasting Ambika Soni urged that private television channels to show restraint and evolve self-regulatory mechanism so that their programmes do not hurt the sentiments of people.

She called an urgent meeting of the National Broadcasting Association to discuss the issue raised by Samajwadi Member of Parliament Kamal Akhtar about Sach Ka Samna, telecast on Star Plus and hosted by Rajeev Khandelwal.

Akhtar pointed out in the Parliament that 'obscene questions are asked by the anchor of the programme.'

"The host asked a woman in the presence of her husband if she would have physical contacts with another person to which she said no," he said. "But her polygraph test said the answer was wrong. What kind of impression would it have created?" He sought a complete ban on the show.

"This kind of programme outrages the modesty of the women," CPI(M) leader Brinda Karat said.

Former chief minister of Himachal Pradesh Shanta Kumar wondered what kind of things we were teaching our children.

"Mahabharata tells us that Abhimanyu learnt the art of breaking the chakravyuh while he was still in his mother's womb. Now we have silly programmes like Sach Ka Saamna. There should be some kind of control on the production of such serials," Shanta Kumar said.

Bhartiya Janata Party leader Sushma Swaraj also thought it was an outrageous serial and should be banned.