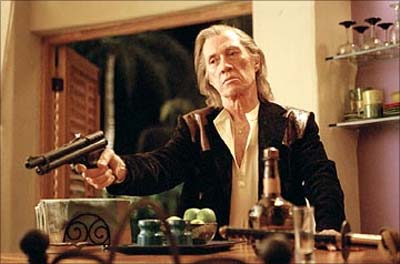 In a shocking piece of news, Bangkok's KABC network has broken the news that kung fu icon David Carradine was found dead in a hotel room in Bangkok this morning.

Carradine, 73, was working on a new film in Thailand. Initial reports suggested suicide but Carradine's agent confirmed to Bangkok's WABC network that he believed Carradine had died of natural causes.

Carradine was last seen in this year's release, Crank 2: High Voltage, where he played Poon Dong.

Son of prominent actor John Carradine, David has had over 200 movies and television appearances, and his best work involves master directors like Tarantino, Martin Scorsese and Ingmar Bergman.

He is survived by his wife, Annie Carradine.