Director Surendar Reddy starts off Telugu film Kick with a lot of fun but somehow, fails to maintain the tempo. Therefore it does not sustain the same interest level throughout.

Kick, in a way, is a light-hearted film where one has to leave one's brain behind and just watch it for the fun it offers.

The opening shot of Ileana doing yoga against the breathtaking locales of Malaysia makes for a great beginning. Shreya (Ileana) meets Kalyan Krishna (Shaam) in the train. Both rewind their past, a past about a man creating havoc in their lives. But they don't know that it is the same man they are in search of.

Kalyan (Raviteja) is educated but doesn't believe in doing anything that doesn't give him a kick. He looks at life in a flippant way. He meets Shreya and falls in love with her and tries to woo her. But she spurns him.

Then we are told that Kalyan commits major thefts and Kalyan Krishna, the cop, has been assigned to nab him. The scene shifts to Malaysia. Which Kalyan will outsmart the other forms the rest of the film.

Surendar Reddy starts off on a witty note. But after the first one hour, the film's pace slackens and there seems to be a slight disconnect between the proceedings.

It's Raviteja show all the way. His dialogue delivery tickles the funny bone. Ileana not only makes a pretty picture but also showcases her acting skills. She returns  to Telugu cinema after almost a year. Tamil actor Shaam makes his debut in Telugu movies and fits into the role easily. He looks dapper as the cop. A bit of humour is ensured through Venu Madhav, Brahmanandam and Ali.

Camerawork by Rasool Ellore is good in parts particularly the picturesque sequences shot abroad. Music by Thanam is average.

Kick can be watched just for the fun it offers. 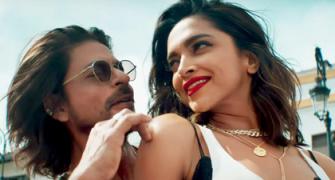