Freddie Mercury to be honoured with London memorial 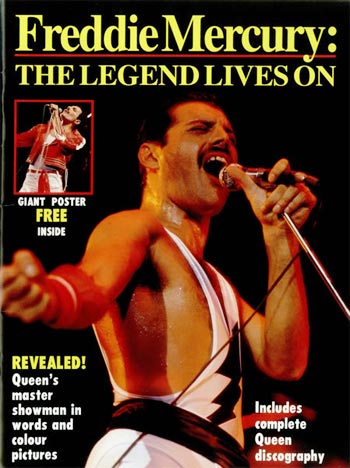 Late rock legend Freddie Mercury is set to be honoured in his hometown with his own Hollywood Walk of Fame-style star.

The British musician, best known as the frontman of the rock band Queen, fled Zanzibar, Tanzania as a child with his family at a time of political unrest in the African region, and they set up home in Feltham, West London.

Mercury died of bronchopneumonia induced by HIV (AIDS) on November 24, 1991, only a day after publicly acknowledging he had the disease.

Now, local authorities have decided to remember the superstar by laying a memorial plaque in the town on November 24 (09).

Councillor Paul Jabbal hopes the tribute will make local residents realise that anyone can achieve their goals.

'I am delighted that at last we are honouring Freddie Mercury's memory and his achievements with a permanent memorial,' the Daily Express quoted him as saying.

'As well as celebrating his life and success, it can serve as a reminder to local people that it doesn't matter where you come from, if you work hard you can succeed in whatever you do,' he added.

Mercury, who was a Parsi and grew up in India, has been referred to as 'Britain's first Asian rock star'.

US announces series of humanitarian aid for Pak