The story that got Ashutosh Gowariker excited 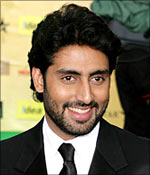 Ashutosh Gowariker loves challenging movie-making. After making epics like Lagaan, Swades and Jodhaa Akbar, he switched to frothy romantic comedy with his forthcoming What's Your Raashee.

He has now switched right back to serious cinema. The director plans a film on the Chittagong Uprising of the early 1930s, starring Abhishek Bachchan.

Khelein Hum Jee Jaan Sey is based on newspaper editor Manini Chatterjee's book, Do and Die: The Chittagong Uprising: 1930-34 (Penguin).

The book, published in December 1999, highlights the heroism of Indians who spearheaded the Chittagong armoury raid. It won the Bengali literary award, the Rabindra Puroskar, in 2000.

In a telephone conversation with rediff.com's Indrani Roy Mitra from her office in New Delhi, Chatterjee tells us what we can expect from Gowariker's film:

About the Chittagong Uprising

"Many would not know that the Chittagong Uprising had a direct link with the non-violent freedom movement led by Mahatma Gandhi. All six leaders of the raid -- Surjya Sen, Nirmal Chandra Sen, Lokenath Bal, Ambika Chakrabarti, Ananta Singh and Ganesh Ghosh -- took part in the Gandhi-led Non-Cooperation Movement of 1919."

"Thoroughly disgruntled by Gandhiji's decision to call off the movement in 1922 in the wake of the Chauri Chaura incident, these leaders, in their individual capacity as members of the district Congress committee and other mass fronts of the Congress, planned and trained for the armed attack on the Chittagong armoury, police headquarters and European club on April 18, 1930."

"The architects of the rebellion hoped it would yield them a sufficiently large quantity of arms and ammunition and that it would pave the way for a general uprising. The master planners also formed an 'army' comprising teenage recruits who were given rigorous training to take on their enemies -- the British."

What her book is about

"I am indebted to Kamini Mahadevan, former commissioning editor of Penguin, for inspiring me to write a book on the event. Moreover, Kalpana Dutta, one of the main protagonists of the second phase of the uprising, being my mother-in-law, I did not have to seek further motivation to write the book."

"I was asked by Kamini to weave in a popular fictional style into the historic event so that the book appealed to modern readers."

"I attempted to flesh out the characters who play major and minor roles in this real life drama, and narrated what happened on the night of the raid and the days and nights that followed. In fact, a major part of my book speaks about the lives of the uprising's leaders who went underground."

Chatterjee's interview with Prime Minister Manmohan Singh ('Anguished' PM to Left: If you want to withdraw, so be it) for The Telegraph, Kolkata, had made headlines in August 2007 and signalled the beginning of the end of the United Progressive Alliance government's relationship with the Communists.

Chatterjee visited Chittagong, which is now located in Bangladesh, to get a feel of the place. "It was a great experience," she continues. "Though Bangladesh does not have too many historic remains of the uprising, Chittagong still houses the district magistrate's bungalow and the railway club -- two most prominent witnesses to the armoury raid."

"The thrill of writing this book was stupendous. Unravelling the mystery of a forgotten chapter of Indian history gave me as much pleasure as I would have got doing an investigative story for my newspaper," adds Chatterjee, her voice tingling with excitement. 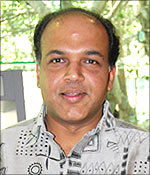 "The first offer to make a film on the book came in 2001," recalls Chatterjee. "Digital Talks, headed by Shekhar Kapur, signed an agreement with me. The agreement said if the company did not make a film within two years of signing the contract, the rights would revert to me. I had had no personal meeting with Kapur though."

"As no film was made, I got the rights back in 2003. In 2005, Ashutosh mentioned to me that Kapur had spoken very highly of the book and that he was keen on making a film on it."

"Ashutosh had just made Swades and I was under the impression that he would start filming my book immediately. However, he started Jodhaa Akbar instead. Riding on the success of the latter, he approached me again in 2008 and bought the rights. Though I am not willing to disclose the signing amount, let me put on record that I did not sell the right for an astronomical amount as many would presume," the journalist points out.

Chatterjee seems happy about Gowariker making the film. "I am really lucky he has taken up the project," she says. "Those who have seen Jodhaa Akbar or Lagaan know that here is a guy who has a feel for history. As a director, no one can question Ashutosh's sincerity and integrity. I am sure he will do justice to my book."

"I have full faith in him," she adds. "While writing the book, my aim was to present to my readers a less-known yet significant aspect of Indian history. Now that the book is going to be filmed, it is bound to reach a wider audience."

"I have full confidence in Ashutosh's choice. At the moment, I don't have any issue with Abhishek Bachchan playing the lead. However, all depends on how the film turns out. My perception may change afterwards."

Bumpy forecast for Ashutosh Gowariker's next