When Salman broke his commitment 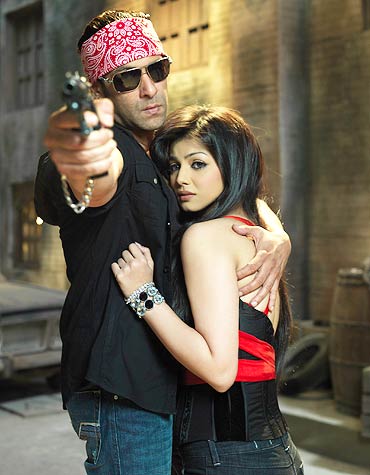 Reader Ketan Thakkar shares with us a blooper that he spotted in the movie Wanted.

But in one of the scenes Salman slaps a lady from the villian's gang as she is showing people an MMS video of the commisioner's daughter.

If Salman is shown so committed that he does not raise his hand on women and children, then why does he break his own commitment by hitting a woman?

Review: Rashee is Priyanka's show all the way