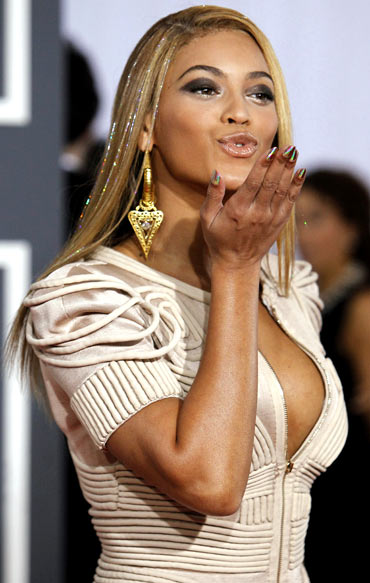 The three ladies were already big winners during the pre-cast ceremony. Swift won two awards for best country song (White Horse) and best female country vocal while Beyonce won four out of the 10 Grammys for which she was nominated.

Bringing up the rear is Lady Gaga who won two awards for dance recording for Poker Face and electronic/dance album for The Fame.

The night's two big awards -- Record of the Year and Song of the Year -- however, went to Kings of Leon for Use Somebody and Beyonce's Single Ladies, respectively.

India shone too as A R Rahman bagged two trophies for his music in Slumdog Millionaire. He was the earliest winner in the Best Compilation Soundtrack for a motion picture category and picked up another trophy for his song Jai Ho in the Best Motion Picture song category moments later.

Now Slumdog Millionaire at the Grammys