New James Bond flick to be in 3D 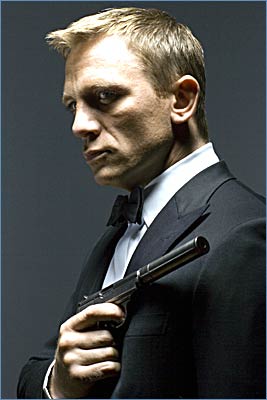 The next instalment in James Bond series will be in 3D, according to sources.

But the untitled project has been delayed due to issues surrounding the impending sale of MGM Studios.

'The 23rd Bond movie has been put back a few months and that has given them the time to prepare to film it in 3D,' the Sydney Morning Herald quoted a source as saying.

'Everyone involved in the project is really excited because it will take the franchise in a new direction,' the source added.

Director Sam Mendes -- who won an Oscar for his debut feature American Beauty -- has been approached to helm the film.

Sara Keene, Mendes's publicist, confirmed he had met representatives of the Bond franchise to discuss the possibility of him helming the movie but nothing has been finalised.

'I can confirm that he has had a meeting, but Sam always has lots of projects on the table that he might direct next,' Keene said.

Sam's method is to have a number of projects as possible next films and at some point confirm which film he's going to do,' Keene added.