Avatar sequel in the works 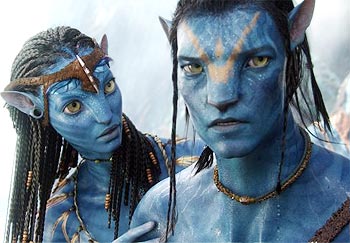 Avatar star Sam Worthington is all set to go blue again and has signed for the sequel of James Cameron's CGI blockbuster.

According to Entertainment Weekly, the 33-year-old actor will get digitised again as paraplegic marine Jake Sully for the 1.3 billion dollar grossing film.

In fact, writer-director Cameron has revealed that he's had plans for a sequel even before the flick was released December 18.

'I've had a story line in mind from the start -- there are even scenes in Avatar that I kept in because they lead to the sequel,' Us magazine quoted Cameron, as saying.

'It just makes sense to think of it as a two-or-three-film arc, in terms of the business plan. The [computer generated] plants and trees and creatures and the musculoskeletal rigging of the main characters -- that all takes an enormous amount of time to create. It''d be a waste not to use it again,' added the Titanic director.

Avatar is pitted against The Hurt Locker, Inglorious Basterds, Precious and Up in the Air for Best Picture at Sunday's Golden Globes.

Paranormal Activity is scarier on DVD