'I loved every pound I gained for Eat Pray Love' 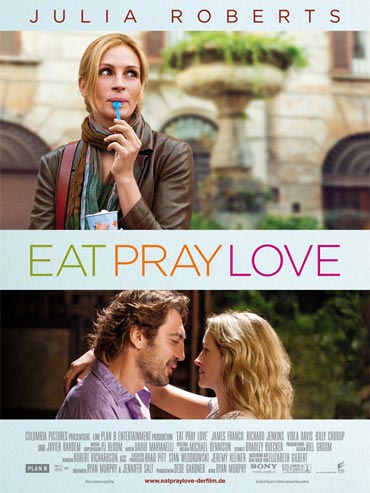 Pretty Woman star Julia Roberts has revealed she loved every pound she gained due to the 'eat' portion of her latest movie Eat Pray Love.

Directed by Glee's Ryan Murphy, the movie is based on the best-selling memoir by Elizabeth Gilbert.

At a press conference for the film in Bardessono hotel in California's Napa Valley, the 42-year-old beauty said she ate endlessly during the filming, reports People magazine.

'They did go to great elaborate pains to make great food that I had to eat. Endlessly eat -- in the heat,' People magazine quoted Roberts as saying.

'It was a little less than that. And I loved every pound,' she said.

Between the pasta, pizza and other Italian delicacies, the endless stream of food did get a bit tiresome after a full day of filming.

So, did she swear off Italian for good since completing the film?

The movie is slated for a release on August 13.