Vidhu Vinod Chopra to be honoured in London 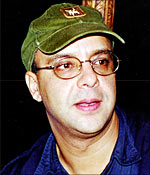 A charity screening of 3 Idiots will close the festival, the proceeds of which will go to UNICEIF.

There will also be a Question & Answer session where the producer will be interviewed in front of a live audience by a veteran of the British film industry.