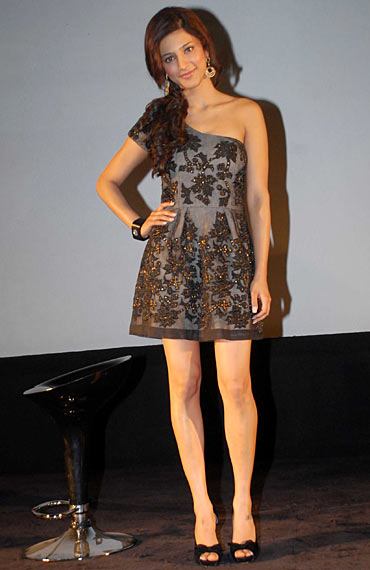 After a rather lacklustre debut, Luck, Shruti Hassan has signed another film, this time in Telugu.

The Walt Disney production is a fantasy film scheduled for release in January, 2011.

This fantasy adventure film is set in the fictitious land of Sangarashtra.

The story focuses on the journey of a nine-year-old girl (Hrishitha) with special healing powers and her quest to save Sangarashtra from the tyranny of an evil Queen, played by Lakshmi Manchu.