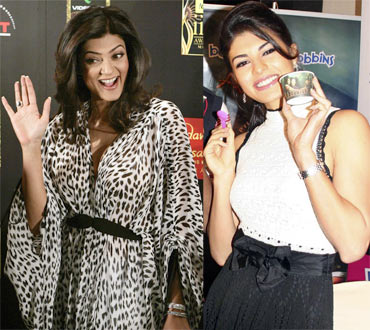 According to a source close to Sajid, the filmmaker was thinking of Sushmita Sen for the number when he saw the first cut of the film Jaane Kahan Se Aayi Hai, starring Fernandez and Riteish Deshmukh.

Khan then spoke to Housefull producer Sajid Nadiadwala, and both agreed that Fernandez, who was Miss Sri Lanka 2006, should do the item song.

Jaane Kahan Se Aayi Hai is releasing on April 9, and is directed by Milap Zaveri, who also happens to be one of Sajid's good friends. He was the story writer of Khan's earlier film Heyy Babyy.

Riteish Deshmukh: I was not offered 3 Idiots