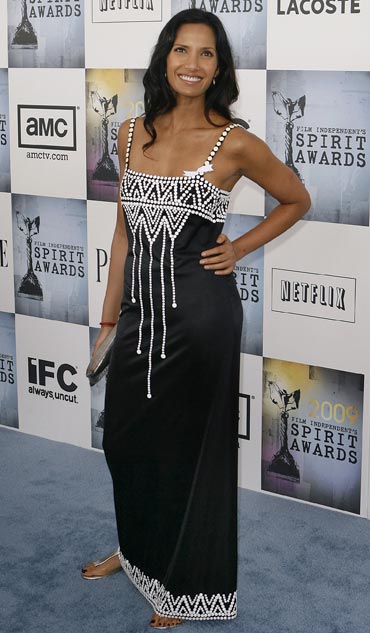 Padma Lakshmi has finally given the world a look of her 3-week-old daughter Krishna.

The Top Chef host, 39, was photographed doting on her little girl while sitting on a NYC park bench on Thursday.

However, the model-cum-TV presenter has not revealed the identity of her father.

Last October, it was revealed that Lakshmi was expecting.

Her rep had said that Lakshmi's pregnancy was "a medical miracle," because she has struggled with endometriosis -- a painful uterine condition that can lead to infertility.

Lakshmi had earlier said that although she loved being pregnant, she never had any strange cravings.

'There was about a week-and-a- half when I was really craving a cinnamon donut. Then I had the cinnamon donut, and it was like, ''Eh.I mean, it was OK, but that was it. And then it was over,' Us magazine quoted her as saying.

It's a baby girl for Padma Lakshmi