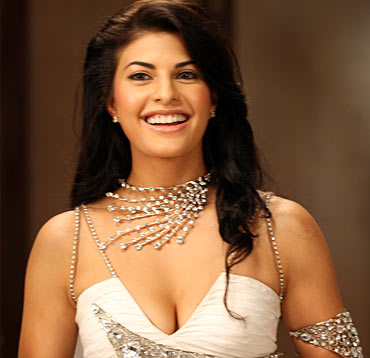 Are you ready for the adventures of Tara?

Tara who, you may ask.

The Sri Lankan actress, who made her Bollywood debut in Aladin, plays an alien from Venus in the movie, which also stars Ritiesh Deshmukh, Vishal Malhotra and Ruslaan Mumtaz.

Beginning March 22, rediff.com will bring you exclusive videos of the actress' adventures on planet Earth.

Watch this space for more on the movie.