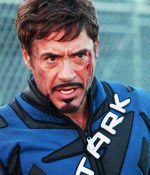 The remake of A Nightmare on Elm Street is the ruling box office champion across America and Canada now, having grossed a healthy $33 million over the weekend.

But in foreign territories Iron Man 2 reigned supreme grossing over $100 million in five days, according to its producer and distributor Paramount. The big budget tentpole, which cost over $150 million (five times the budget of Nightmare) opens across North America this Friday and is expected to have a scorching run.

Paramount also said the sequel to 2008's Marvel original starring Robert Downey Jr. and Gwyneth Paltrow finished number one in 52 of the opening territories. It opens in India on May 7.

As in the previous few years, Hollywood releases a few big budget movies weeks before the official summer starts in North America in June third week.

Among the significant big budget films to be released in the first half of the summer crop are Shrek Forever After; The Sorcerer's Apprentice, Toy Story 3 and Prince of Persia: Sands of Time.

Though summer will also a number of small budget and mostly independent films such as Ondine, The Killer Inside Me, Life During Wartime, Get Low and Cairo Time, that will appeal to art house patrons, the emphasis is on sequels (Shrek, Toy Story, Sex and the City) and splashy adventure ventures.

'Originality scares Hollywood,' Los Angeles Times film critic Kenneth Turan wrote recently. 'Originality is risky, especially in the summer, which is their traditional big-money period. This is not the time to take a risk, is the summer.'

While the months May-September generate a handful of big hits, one or two expensive films also bite the dust. But you can never know which film performs below the expectations and which one becomes a ruinous flop.

M Night Shyamalan whose critically panned The Happening nevertheless went on to make profit thanks to its $150 million business worldwide two years ago,  is ready to release his biggest film as yet, the 3-d fantasy adventure saga The Last Airbender, which cost about $100 million.

Among other much awaited films is Robin Hood, in which Russell Crowe plays the man of the people in ancient England fighting oppression on behalf of the common people. It also features Oscar winner Cate Blanchett who challenges him to be brave and steadfast.

The film united Crowe with Ridley Scott who has directed him several hits including Gladiator and two flops.

'This is a throwback to the old style Hollywood movies. And, hopefully, it'll be a good one,' wrote Turan.

But before the fate of Robin Hood and other summer tentpole films is concerned, the industry is watching how Iron Man 2 will fare not only in America but worldwide.

In the new Iron Man, Robert Downey Jr is back again as Tony Stark, a wealthy industrialist who creates an armoured suit and wears it to fight evil as Iron Man. Gwyneth Paltrow plays Pepper Potts, Stark's assistant and romantic partner.

'We had always talked about a sequel but it seemed like an eternity between when the movie came out and when I was onboard to direct. It's my first sequel,' said the 43-year-old actor, writer and director Jon Favreau. 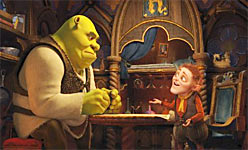 'To expand on the success of the first one -- that was the hurdle in many respects...We knew we'd get an audience but not if we'd live up to the expectations.'

He also said he had 'mapped out how to reveal the bad guys from the comics so it was easy to go into the second one.'  The film has new villains, played by Mickey Rourke, Scarlett Johansson and Sam Rockwell.

Unlike the previous Iron Man, the new film which teams the principal actors with the same director, Jon Favreau, did not awe the critics but audiences rejected the early negative media buzz.

The trade publication The Hollywood Reporter declared that 'everything fun and terrific about Iron Man, a mere two years ago, has vanished.' The CGI fight scenes in the new film 'quickly become tedious, their outcomes never really in doubt and the mechanics rather clunky.' The review also said this time Iron Man has become 'the Tin Man.'

Another trade publication Variety decaled   sequel 'isn't as much fun as its predecessor" as it calls the beats "more familiar, the pacing more uneven.'

In London, the Daily Mirror moaned:'... Iron Man 2 is a travesty -- a mind-numbingly dull, chaotic and often unwatchable muddle. It might even be the ultimate master class in how not to make a movie.' It added: 'Given the strength of part one, the sequel is not just a terrific failure but a terrific disappointment.'

But critics also suspect that unlike in the case of smaller films, the summer audiences often ignore the nasty reviews. One of the biggest hits in recent years Alice in Wonderland might not have got nasty reviews but many critics were not impressed with the Tim Burton film. But the 3-D film forged ahead and is on its way to a $960-$980 million worldwide run.

The previous Iron Man grossed about $600 million worldwide. If the first week of the new film is any indication it could go beyond that figure, and which means another Iron Man could be shooting soon.

Why we're thrilled about Iron Man 2

Look out for these movies!