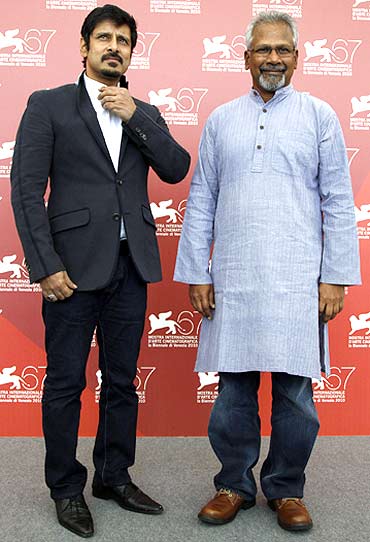 Actor Vikram and director Mani Ratnam pose during a photo call at the 67th Venice Film Festival on Monday.

The two are in Venice for the screening of their out-of-competition film Raavan.

The other cast of Aishwarya Rai and husband Abhishek Bachchan could not attend the screening of their film due to prior commitments with their brand endorsements.

Raavan and Raavanan -- the Hindi and Tamil versions of Mani Ratnam's film -- and Anurag Kashyap's That Girl In Yellow Boots are some of the movies being screened at the festival.