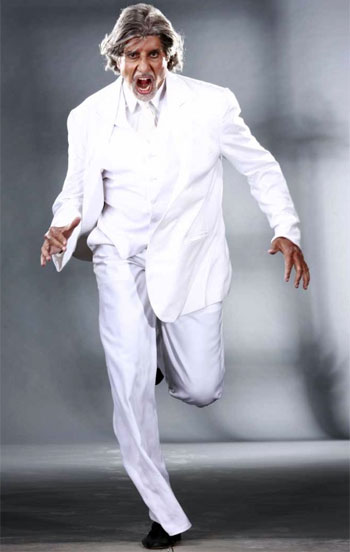 And this makes it all the more impressive that he constantly reinvents himself and experiments with his characters, taking on roles radical and ridiculous in order to keep going strong.

Here then is a look at Amitabh's ten most recent cool looks. Check them out and vote for which Bachchan you liked best.

Bachchan just doesn't stop, does he? Here the sexagenarian plays Aladdin's genie, and it's a far cry from Robin Williams' animated take in the Disney classic. Bachchan doles out the weird in spades, and its hard not to be impressed by his exuberance. 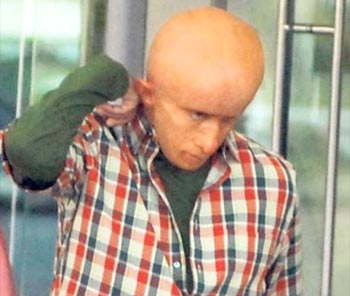 Bollywood rumour mills have been going at it for ages that Bachchan is in fact a bald man with a wig, but here scalp lies exposed as Bachchan plays a man with a curious aging process, one so weird that he plays Abhishek's son. 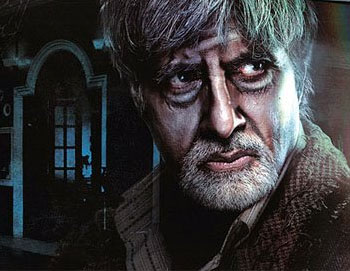 Amitabh plays a ghost in this film, necessitating therefore macabre makeup, including disturbingly long nails, shaggy hair and an outfit dating back to his death. Things change and he pulls on a business suit after a point, but the bhoot look is kinda fun. 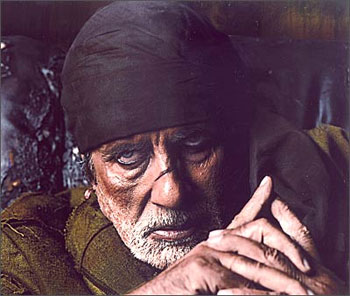 RGV mixes metaphors as usual and here he takes Gabbar Singh and adds more than a dash of Osama Bin Laden, resulting in Bachchan turning into one of the weirdest villains of all time. 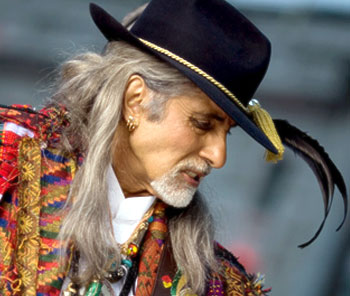 He didn't really have a role per se in JBJ, but Bachchan was surely the most fun part of this monstrosity as he strutted around like a cockatoo while wearing his old Shahenshah boots. Hats off to the man's spirit. 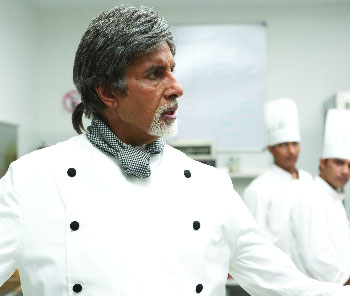 One of the coolest looks in Amitabh's filmography, this one had the actor playing more or less his age and -- in keeping with his personality as a rather dashing London-based chef -- gave him a very fun ponytail. 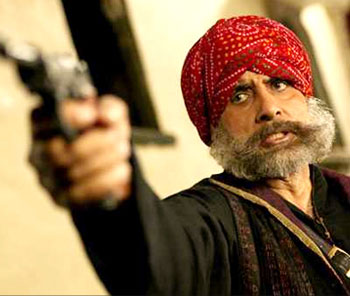 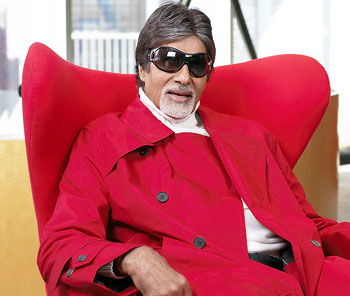 This one was a bit hard to get used to. Amitabh's 'Sexy Sam' dressed up like a particularly blingy hip-hop star, and the outlandish outfits wouldn't have looked out of place in Snoop Doggy Dogg's wardrobe. 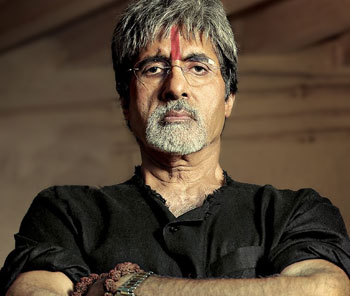 Bachchan stripped down to the very basic as he went all white -- from hair to beard -- and contrasted that with weathered black clothes, from shawls to kurtas with a bright red tika usually flowing across his forehead. Seriously impressive. 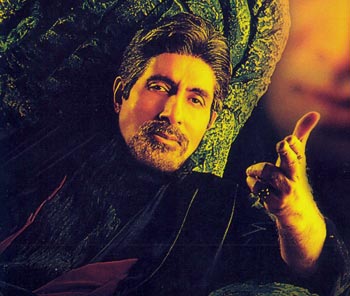 Amitabh played a cop possessed by the spirit of a devilish villain in this one, and so his appearance got funkier and funkier until he looked just right for the Rolling Stones' Sympathy For The Devil. A fantastically bindaas banda, this.

Which Bachchan is the best? 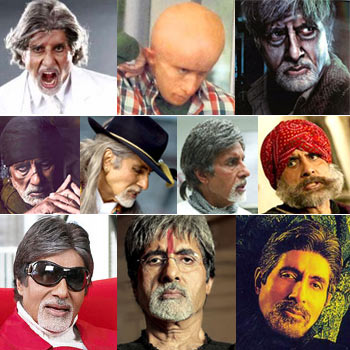 So which Bachchan look did you most prefer? Vote now!