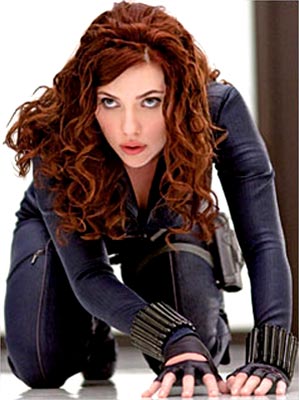 Image: A scene from Iron Man 2

Scarlett Johannson is back in the news for her fiery-haired new avatar in next summer's biggest release, Iron Man 2.

Scarlett plays The Black Widow in the film, and just because we needed an excuse to gape, here are her sexiest roles till date: 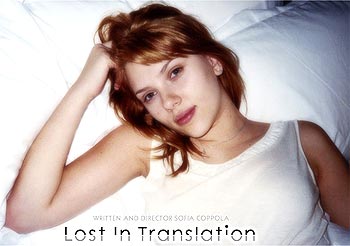 If you don't think Scarlett was to die for in her breakthrough role, you're blind.

Sure the sexuality wasn't over the top, but the opening credits were framed over her delicious posterior, and things only got better. True irresistibility, this. 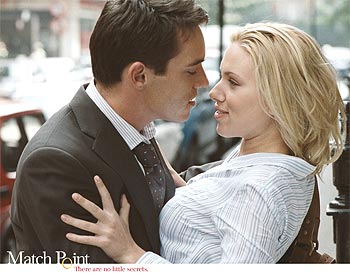 Image: A scene from Match Point

One of Woody Allen's darker -- and yet more accessible films -- Match Point featured Johansson as a true femme fatale, one that was so scorchingly hot that a young and ambitious tennis pro would believably throw a great life away just to touch her. Wow. 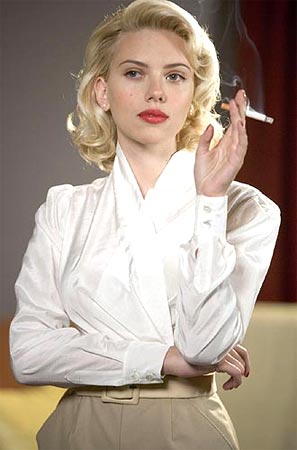 Image: Scarlett in a scene from The Black Dahlia

Brian De Palma is the king of modern American noir, and while he didn't quite get all the cards in place in this period film, it surely was a good decision to bring in the breathtaking Scarlett.

There are times she looks hot enough to distract from the film's demerits. 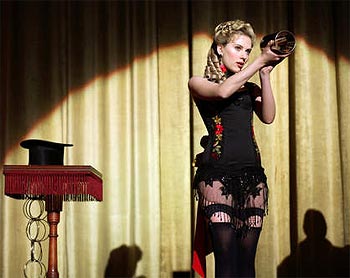 Image: Scarlett in a scene from The Prestige

There really was nothing for Scarlett to do in Christopher Nolan's fantastic story of two competing magicians, but the director cast her as a sexy magician's assistant and dolled her up in peculiar corsets and vague bodices -- all with an eye to showing off those miraculous curves. Not that we're complaining. 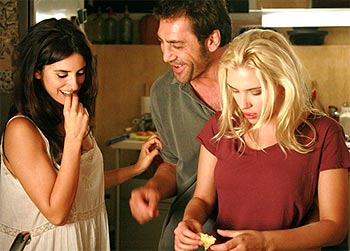 Woody Allen strikes again as he turns up the sexuality in this story with actors like Javier Bardem, Penelope Cruz and Rebecca Hall besides Scarlett, all of whom are involved in intricate sexual and personal introspection.

This leads to Scarlett and Cruz making out, a moment that automatically makes this one of the sexiest films ever. 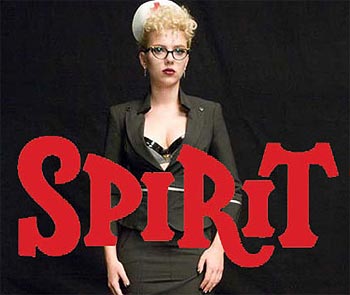 Image: Scarlett in a scene from The Spirit

Frank Miller's directorial debut bit off more than it could chew as it took on Will Eisner's groundbreaking graphic novels and aimed to put it through the Sin City blender, but one can't begrudge the director his choice of meat:

Scarlett was perfectly, yummily cast as Silken Floss, and that nurses outfit was almost worth the price of admission.