Bollywood heads into the forest 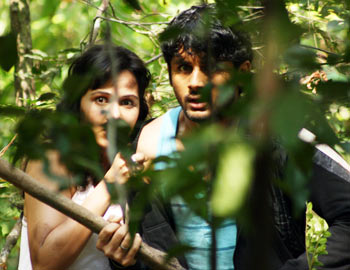 Image: A scene from Agyaat

The forest has always been a fun backdrop.

Be it for chills or romance, suspense or high drama, there's nothing quite like the uncertainty of a wildlife backdrop to really shake things up.

With Agyaat ready to release, here's a look at different kinds of forest-based films, in no particular order:

Ram Gopal Varma's latest features a bunch of non-actors in a Predator-like setting, only the Predator is never seen in the film. Now, if only we could say the same about Priyanka Kothari. 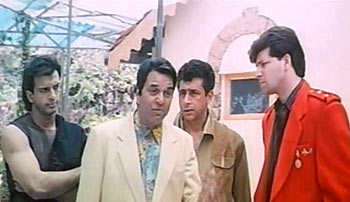 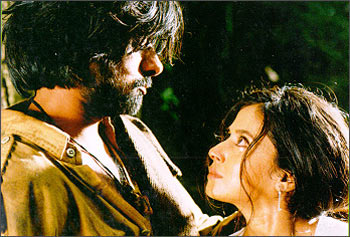 Image: A scene from Jungle

A family goes on a group safari when they are abducted and held for ransom by the fearsome Durga Narayan Chaudhary (Sushant Singh) and Dorai Swamy (Makrand Deshpande). There is much woodside mayhem after that. 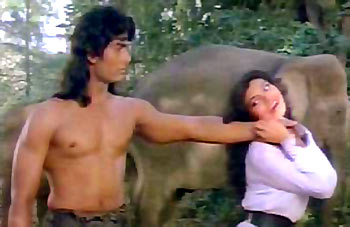 Image: A scene from Adventures of Tarzan

In this unforgettable 1985 film, Kimi Katkar plays Ruby Shetty who accompanies a big-game hunter into the jungle who is hunting for an ape-man. This prey turns out to be Tarzan (Hemant Birje) and the two fall in love, against all odds. Obviously. 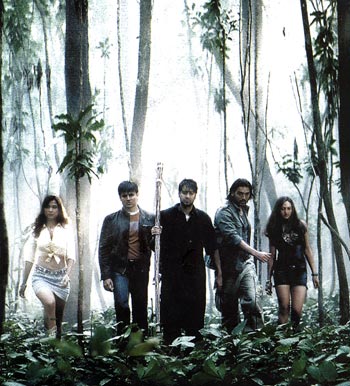 Image: A scene from Kaal

Soham Shah's film was better known for its item-song featuring Shah Rukh Khan than for anything in the film itself. 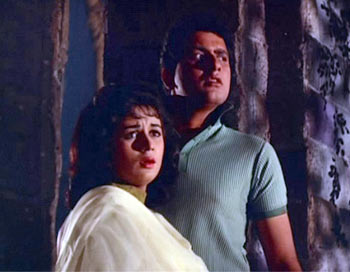 Image: A scene from Gumnaam

In a take on Agatha Christie's Ten Little Indians, this 1965 classic features a group of people invited to an island -- and each is then found killed, one by one.

It's a great thriller with a tight ensemble cast and very memorable songs, all set in one house and the jungle surrounding it. 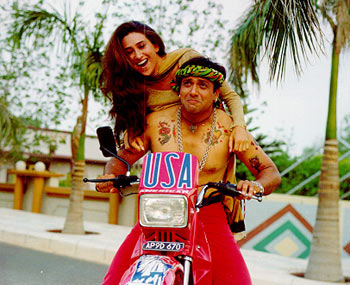 Image: A scene from Shikari

Govinda plays a sociopath killer in this N Chandra film as he takes Karisma Kapoor to South Africa where we discover a double role and much within-jungle carnage.

Not a good film but there is something decidedly creepy about seeing Govinda like this. 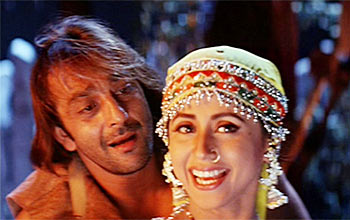 Image: A scene from Daud

Ram Gopal Varma's outrageous farce features Sanjay Dutt and Urmila Matondkar on the run, towards a possible treasure and away from pursuers, and this takes them into all kinds of chaos including much jungle-based shenanigans. 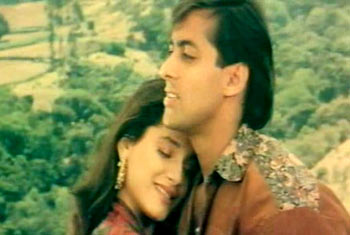 Neelam Kothari plays a young heiress who loses her memory. Salman Khan finds her and brings her to his forest home and nurses her, where she starts believing she belongs. Meanwhile those who planned to kill her are still plotting, making this Vijay Sadanand film very watchable indeed.