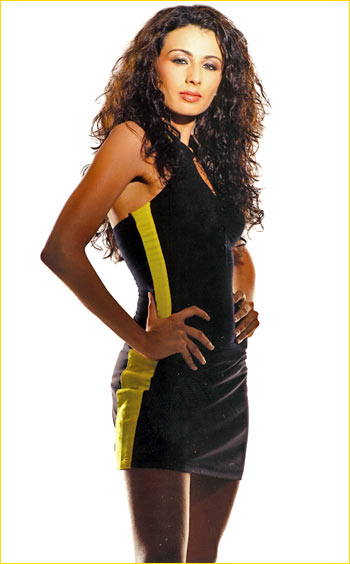 The second season of Khatron Ke Khiladi is back with Akshay Kumar and 13 gorgeous women. Level 2 promises to be bigger, better and tougher than the first one, as the girls try to fight their fears in Cape town, South Africa.

Here's a quick look at the 13 beautiful ladies, who will take part on the show.

Model and veejay, Pia has been a Kingfisher Swimsuit calendar model for two years. She has hosted Channel [V]'s reality show, Get Gorgeous, and has been seen in bit parts in films like Bluff Master and Mission Istanbul. Pia, however, refused to do South movies because the producers apparently asked to put on some extra kilos.

Is she trying to break her glamorous images with this show? "No. I joined Khatron Ke Khiladi to challenge and rediscover myself," Pia says. "Apparently, I was looking hot even in the worst possible situations, that's what other celebrity participants have told me. I don't know how it's possible (laughs)! I got a chance to something different and it was lifetime experience."

Most difficult stunt? "I would say it was my first stunt. I was completely breathless so I had to do the stunt differently from the others. I was facing my back when I was supposed to face the front. No matter how much you prepare for a stunt, you are still not prepared for it."

Pia claims that she's not a Bollywood fan but she loves Akshay Kumar "because of the man he is."

"He was always positive and disciplined," she says. "I have never seen a person as supportive as him. He was the biggest support system. He is so good looking that I didn't know that he would be a distraction for the first few stunts! His favourite line throughout the show was: If you don't live your life on the edge, then you are taking too much space." 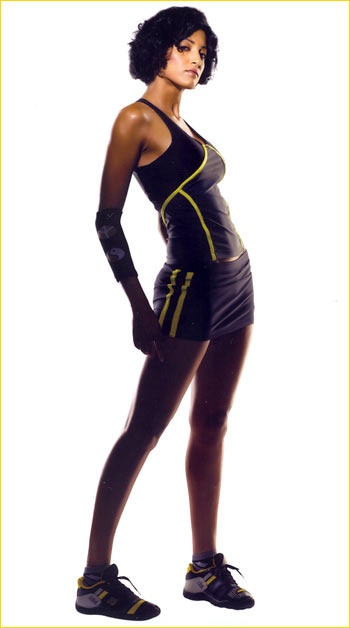 Jesse is a popular model, who proved that she was a talented actor as well in her acting debut, Gulaal, directed by Anurag Kashyap. She is currently dating choreographer Sandip Soparrkar. 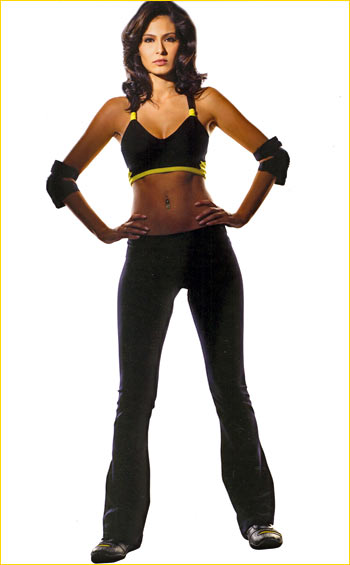 Model, veejay and dancer, Bruna is known for her sexy item number in the film, Cash. She was also one of the celebrity participants in the reality show, Dancing Queen.

So what prompted Bruna to take up this show? "I joined the show to fight my fears," she says. "This was the place where I hoped people could get a glimpse of the real me. I had to prepare myself mentally for this show."

Bruna had the nicest things to say about Akshay Kumar. "Akshay was wonderful and a real morale booster," she says. "He would do the stunts himself first and show us the safest way to perform them. He didn't let us give up on tasks easily and would say that we will not get a chance to put ourselves through those stunts again." 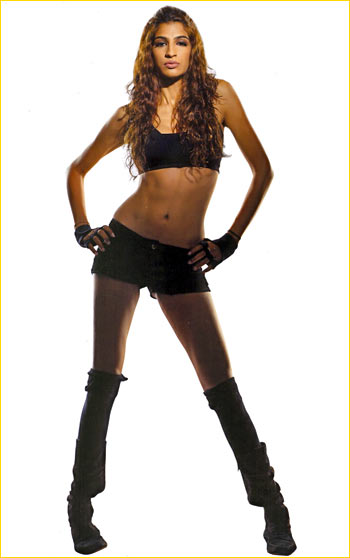 "I love adventurous sports and challenges," Anushka says. "I wanted to overcome my fears and see how far I can push myself to do stunts. I thought it would be fun but didn't expect it be as hard as it was."

Most difficult stunt? "There was a stunt where a cylinder was filled with water in the middle of a pool. We had to go into the cylinder from underneath. There was no space to breathe. Then you had to take the flag from your waist, unclip it and clip it on the tank. If you are scared of water and claustrophobic, that's the worst stunt."

Anushka claimed Akshay was a fabulous host. "I didn't expect him to be so involved. He really wanted us to do the stunts well. He would perform the stunt to demonstrate how easy it was when we got cold feet," she says. 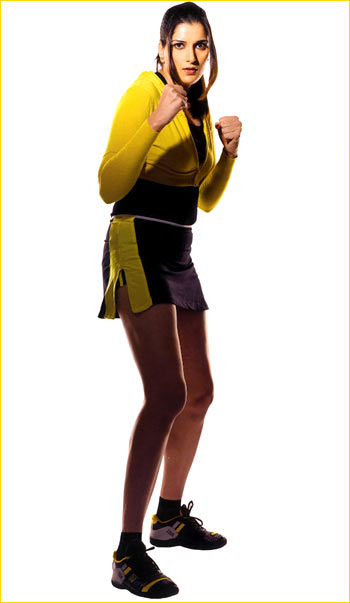 Sonika is a wrestler, who represented India in the Asian games.

What prompted her to take up the show? "I was thrilled when I learnt that I would have to perform tricky and challenging stunts on the show," she says. "Being a woman wrestler, I was particularly impressed with the fact that the show is women-oriented and helps these 13 women to overcome fear. It sets an example for others and that is very inspiring."

Most difficult stunt? "After I started doing the stunts, I realised how difficult they were," she says. "All the stunts were difficult for me.

"I was never comfortable with creepy crawlies but now after participating in Khatron Ke Khiladi, I have gotten used to them. I got married just 15 days before we left for South Africa. In fact, I spent my honeymoon more or less performing stunts!" she laughs.

Sonika found Akshay very inspiring. "He is one of the greatest action heroes of India and also my idol," she says. "I've always wondered if he really performed all those stunts on screen, and was quite impressed when I saw him doing that." 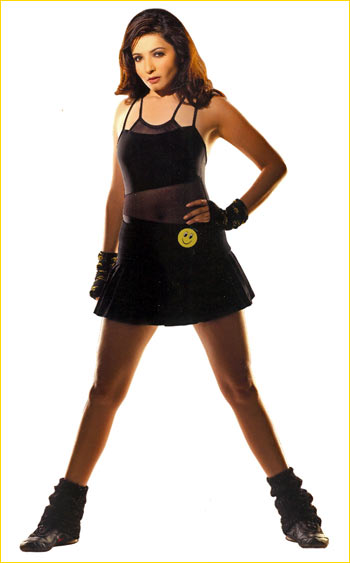 Model and host of The Great Indian Laughter Challenge, Shonali has also acted in the Emraan Hashmi-starrer Zeher.

"I love adventures and that's why I decided to take part in the show," she said. "To prepare for the show, I went for physical training for a couple of months. The only mental preparation I did was to imagine creepy crawlies climbing all over me. 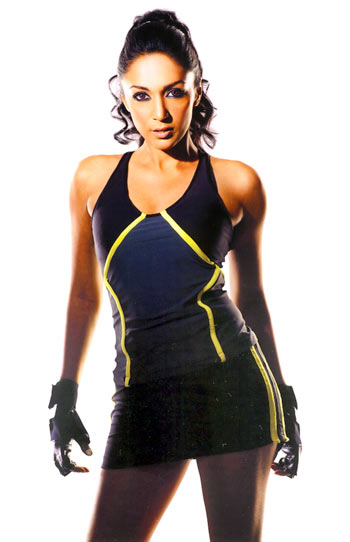 Shveta has acted in serials like Kittie Party, Lipstick, Kahin Kissi Roz, Saarkar and Left Right Left. She also made it to the finals of dance reality show Jhalak Dikhhla Jaa. She made a foray into films with a cameo in Pyar Mein Kabhi Kabhi and will be seen in Dharmesh Darshan's Bhanwraa, co-starring Manav Gohil, Ejaz Khan and Sangeeta Ghosh.

"I joined this show to help me overcome my fears and help me understand my real strengths," she said. "I have always been an outdoor person. I was a tomboy as a child. I am physically fit to do any kind of stunt but most of my preparation was mental." 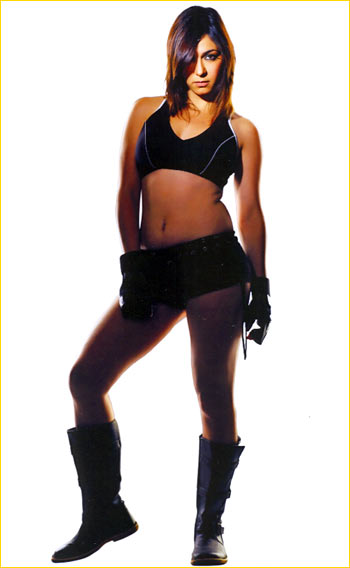 "I am quite an adventurous person unlike the goody-goody image I have," she says. "I love skydiving. Besides, you don't get too many opportunities to do stunts like these."

Most difficult stunt? "The stunt on an airplane got me really scared. I wasn't sure if I would be able to actually take control of the situation. Only when I put my fingers out, I realised the gravity in the air. At that moment, I was really petrified."

Nausheed claims host Akshay is stunning and fit, both physically and mentally. "I had heard he was fabulous. Now after being with him on the show, I am convinced there can be no better host than him. He's better off the screen -- witty and approachable. He gave us some weird nicknames -- I was Nanny, Carol was Kaushalya, Shonali was Shastriji..." 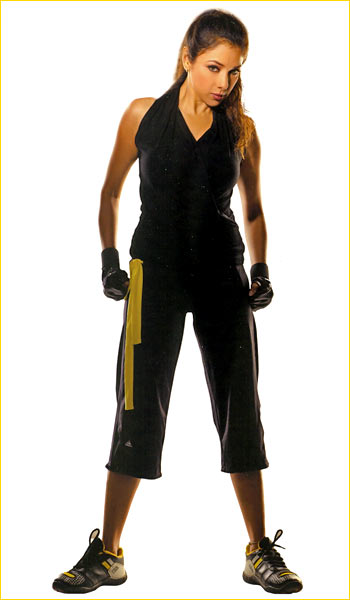 Rupali is a popular face on television, thanks to her shows Sarabhai v/s Sarabhai, Sanjivani, Kahani Ghar Ghar Kii, Ek Packet Umeed and her stint in Bigg Boss.

Does she think this new show will help change her image? "I don't think so. But it will definitely enhance my image (laughs). I joined this show only because I wanted to challenge myself and rediscover my potential."

Most difficult stunt? "I am extremely scared of water, darkness and am claustrophobic," she says. "The stunts in the dark and in water were very difficult."

About Akshay, Rupali says: "I have known Akshay from the days he was a struggler. He had worked in my father's film a few years ago. I was surprised when Akshay recognised me instantly when we met while shooting for this show. He is very down-to-earth and friendly. He encouraged us by performing the stunts himself. If any of us backed out from a task, he would give us pep talk, and ask us to push our limits." 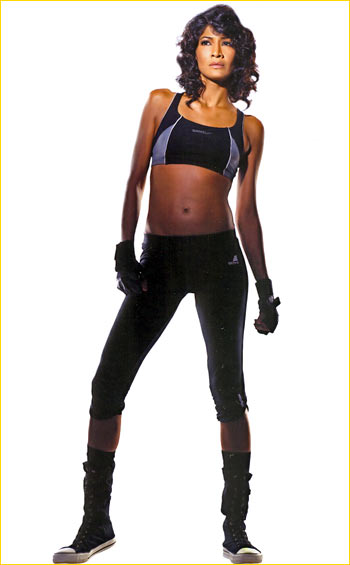 A model, Carol has appeared in the reality show, Bigg Boss.

"I wanted to do something which I usually don't in my daily life," she said. "I knew I would be able to do my stunts in a safe environment in Khatron Ke Khiladi."

So has she learnt anything on the show? "I used to be scared of cockroaches and creepy crawlies. But now, I am not scared at all," she says. "I will probably push the cockroach down the drain. I think most fears are in the mind only." 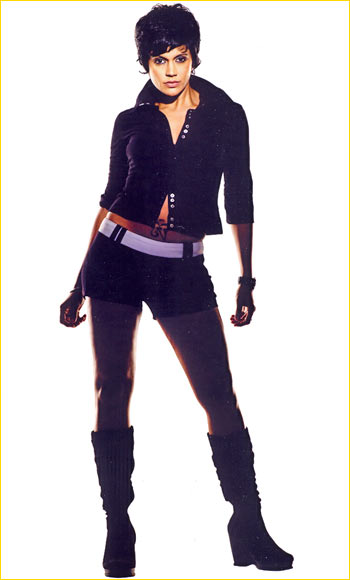 From a sari-clad Shanti to noodle-strap blouses on Extraaa Innings, Mandira has gathered quite a fan following. These days, besides testing her fear limits, she is also sharing screen space with Navjot Sidhu on Star One's comedy show The Great Indian Laughter Challenge.

Mandira Bedi is a fitness freak with a strict regime, which she follows even when she is shooting. According to sources, Mandira would jog to increase her stamina and walk two hours daily in Cape Town. 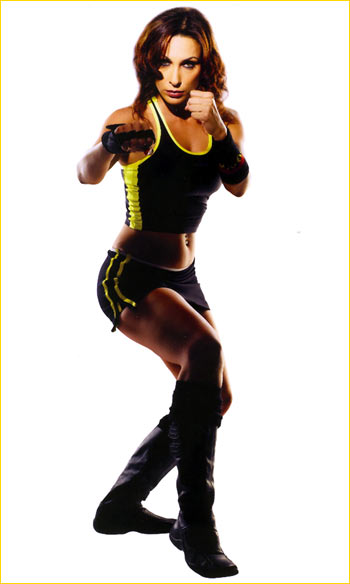 Italian model Rosa, whose claim to fame is her former boyfriend Saif Ali Khan, tasted Bollywood as well with her item number in Samar Khan's Shaurya. Now, she will be seen in a supporting role in Partho Ghosh's Ek Second Jo Zindagi Badal De.

She had also featured in a reality show on television called Yeh Hai Jalwa. 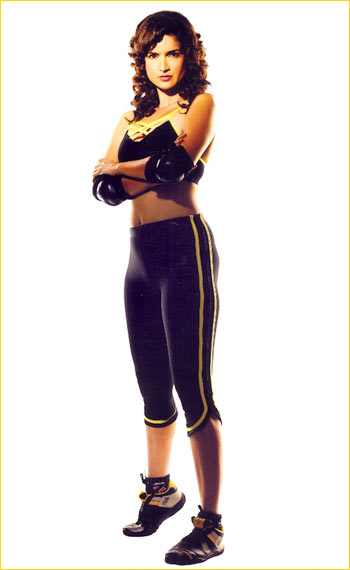 Sushma Reddy started her showbiz career as a Channel [V] veejay. After featuring in Sonu Nigam's music album, Deewana, Sushma made her Bollywood debut in Chocolate.

She learnt Japanese for two-and-a-half years after which she floated a company to develop and export herbal products for skin and hair care. Her sisters Meghna and Sameera are quite popular too.