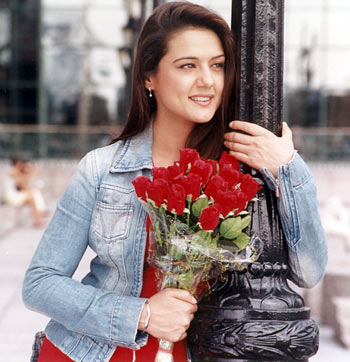 Implausibility is the heartbeat of Bollywood's indispensable masala.

From Manmohan Desai's celebration of all things illogical to Farah Khan's wide-ranging devotion to spoof, there's no shortage of How-on-earth-is-that-possible? brand of scenes in our movies.

Call it cinematic liberty, wild imagination or continuity lapses, these slips are hard to miss and harder to digest.

Surely, you have tons in mind. Go ahead; write in your favourite Bollywood bloopers. Meanwhile, check out some of these:

The perky lady or her body double, practically explores all of New York City on foot in the wee hours of morning covering Central Park, Manhattan, Tribeca and the works.

To think she's a Queens resident, which makes her daily marathon ridiculously impractical. Defending the shot, Advani says, 'It was a montage statement for me to establish the atmosphere of the film.' 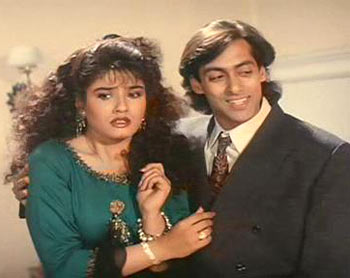 Now you see them. Now you don't.

While Andaz Apna Apna is too precious to be nitpicked about, one cannot help but notice Salman Khan's ever-changing hair length in Rajkumar Santoshi's comic classic.

Within a matter of scenes, his mane keeps shifting from classily floppy to outright dishevelled. Oooi maa, indeed! 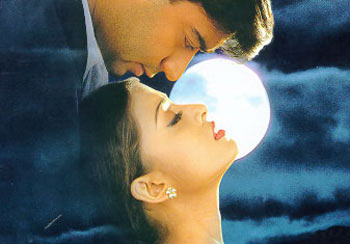 Italy may be a lot of things. But Hungary it's not. Director Sanjay Leela Bhansali begs to differ.

Substituting its capital Budapest for the birthplace of renaissance, an entire country is passed off as another.

The last sequence of the love triangle starring Salman Khan, Ajay Devgan and Aishwarya Rai Bachchan was filmed on the famous Szechenyi Chain Bridge above River Danube, which is certainly not in Italy. 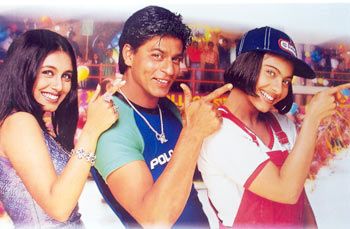 Bollywood scripts hold super powers. They can churn out miracles or introduce secret teleporting services from nowhere. Something to this effect happens in Karan Johar's blockbuster first film.

Remember the train station scene where Kajol tosses her bright red bandhini dupatta at Rani Mukerji, like a 'best wishes' gesture for a to-be-bride?

Eight years later, Shah Rukh Khan unexpectedly bumps into Kajol at his daughter's summer camp and sparks ignite. But when he realises she's off to marry another, he magically reproduces the same dupatta as a sign of good will. That's K Jo's patented courier service for you. 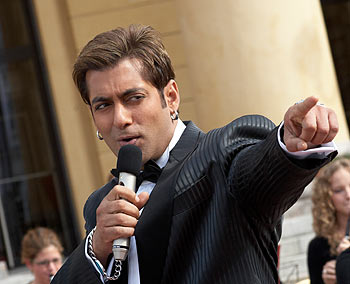 It's called the multiple-throat syndrome. Amitabh Bachchan experienced it in Abhimaan. Rishi Kapoor reaped its fruits in Karz.

Up next, Salman Khan does his bit in Subhash Ghai's least memorable musical.

The actor plays an aspiring singer against A R Rahman's score. Only his voice seems to change with every song -- Benny Dayal is his voice behind Tu hi toh meri dost whereas Sonu Nigam pitches in to deliver Mastam Mastam. And you thought it's a Robin Williams thing? 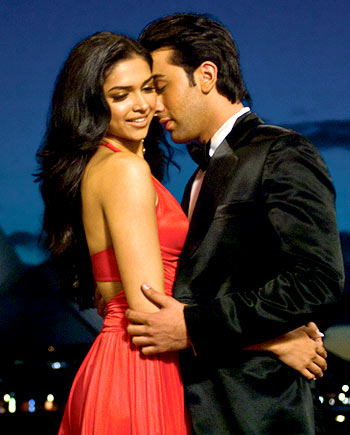 For someone who multi-tasks as a taxi driver and grocery girl to pay her MBA fees, Deepika Padukone is unbelievably well-dressed.

And we are talking designer catalogues here. Check out those drool-worthy outfits worn by the leggy lass during her on-screen vacation in exotic Italy. Diane von F rstenberg, Versace, that stuff costs a bomb, no?

Who cares when Yash Raj is footing the bill, right? 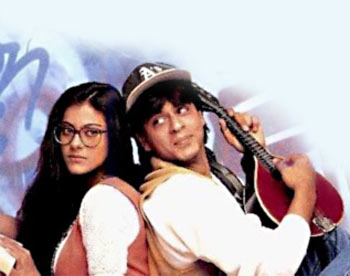 In Aditya Chopra's iconic love story, Kajol's demure Simran begs her daddy to let her do an extensive Europe tour on Eurail. While there's a hint of Paris (as part of the Ruk ja ditty), Kajol and Shah Rukh Khan mostly hang around the snow-covered Alps and lush green hills. It's a small (read Swiss) world, indeed. 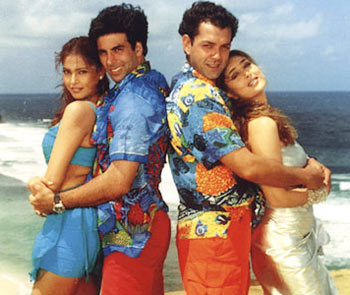 Special treatments are synonymous with Bollywood. In Abbas Mustan's world, they get special passwords too.

And so when Bobby Deol finally discovers the code to Akshay Kumar's account, he keys in these letters in bold 'Everything is Planned.' Non encrypted? You bet! 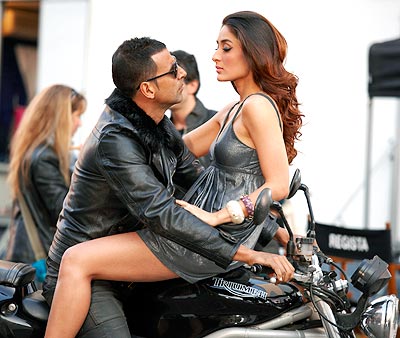 It's human to err. It's foolish to not point out.

Even if Kareena Kapoor conveniently forgets to take off her watch before a crucial surgery, it's funny how none of her colleagues take notice, of this 'I-am-so-obvious-even-the-youngest-member-in-the-audience-can-spot-me' dangling time piece, either. 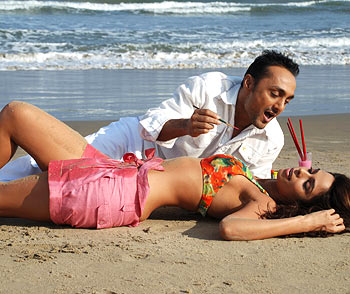 While there was nothing fun about the absurdities of Maan Gaye Mughal-E-Azam; it's a text-book example of clumsy detailing.

Considering the script is set in 1993, it's unlikely anyone could have owned an Ed Hardy T-shirt. But Pawan Malhotra's roguish bad boy has one too many. In truth, the tattoo artist turned designer began his clothing line only in 2002.

Time travelling, are we?