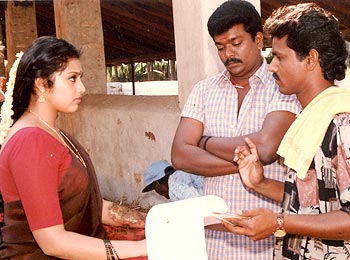 Director Cheran has always had a unique take on movies. Almost every one of them had a message and focused a lot on family, love, affection and duty: acting like a template for how to live life.

Strong characterisations and an overwhelming amount of goodness usually form the backbone of his plots, and the director is an unabashedly emotional, romantic person, something that figures in his movies as well.

Not all of them may have set the cash registers ringing, but all have made some part in re-shaping Tamil cinema. On the eve of his latest release, Pokkisham on August 14, here's a look at his films, so far:

Cheran's differing perceptions first came to light in this rather charming rural movie with an age-old plot: the relationship between the daughter of a rich family and their retainer.

Parthiban, sans his usual smug demeanor and Meena, in a break from her glamorous avatar made everyone sit up. But the movie made headlines for another reason, apart from its poetic quality. Its truly unique climax, which, though raised doubts when it was in production, won the universal acclaim of critics and viewers alike. 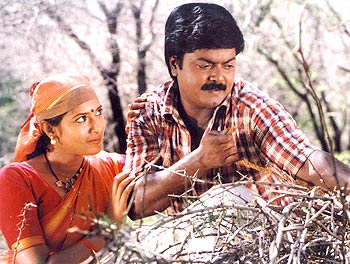 Image: A scene from Porkkaalam

Meena was back as Cheran's muse in this blockbuster, where the director explored the lives, trials and tribulations of a hard-working potter (Murali), his wayward father, mute sister and his quiet, self-sustaining love for a weaver, Meena.

With its quaint rural set-up, beautiful songs, Thanjavooru Mannai Eduthu became a sort of romantic anthem and another Cheran trademark, a bittersweet ending and message. This one sparked a whole series of rural movies. 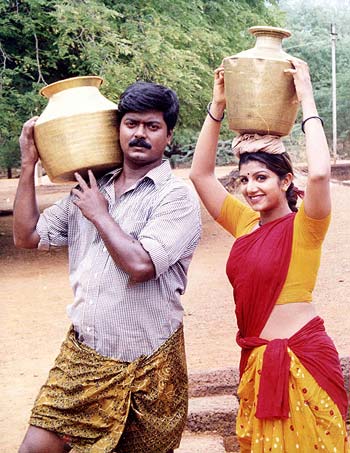 Cheran's instinct towards message-oriented movies gained definite momentum with this movie. A group of idealistic youngsters, led by patriotic elders are fed-up with the anarchy that surrounds politics and take a drastic action.

They kidnap the chief minister, and make him learn a lesson. Naturally, the movie ran into its share of controversies, as real life politicians began getting cold feet over characters in the movie.

Though the director's rather naive ideas about social reform showed for dismal collections at the box-office, no one could deny that the plot was novel. 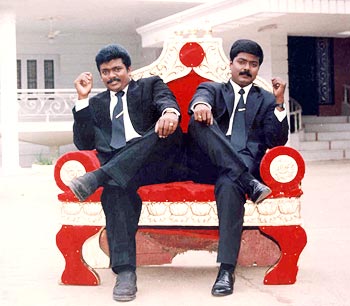 Back to the villages, this time, the director took up another issue that was haunting many low-income families at the dawn of the millennium: the atrocious scams committed by agents who promised lavish jobs and salaries abroad, swindling the money of innocents.

Parthiban and Murali, Cheran's favourite actors were back in form this time too, playing two such suckers who eventually, driven by desperation, switch places with their families.

Laden with wholesome comedy and feel-good messages, this movie, even if it wasn't a blockbuster, re-instated Cheran's image as a "family" director and won the National Film Award for Best Film on Other Social Issues. 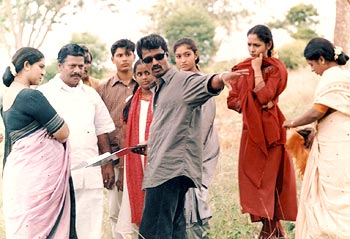 Image: A scene from Pandavar Bhoomi

The name was inspired by the Pandavas of yore but that's where the resemblance ended. This time, the issue was the wholesale emigration of villagers to the city and the loss of good, solid agricultural lands, culture and solidarity.

With a good slice of old-fashioned romance provided by Arun Vijay and Shamitha, this movie brought back Raj Kiran as a pivotal actor, whose excellent acting skills gleamed bright.

There was a good deal of feel-goodness here too and less of realism, leading to a not-so-good run at the box-office, and Cheran's graph dropped a bit. 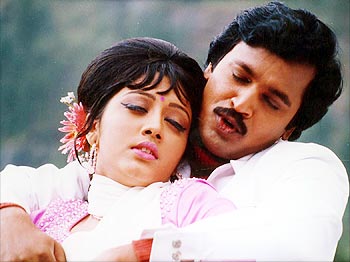 Image: A scene from Autograph

Cheran's output before this movie had dwindled, and the lack of box office success had taken a toll so much so that he had no takers for this project. This made him don the hero's mantle himself and when the movie was out, gave many actors serious heartburn.

Autograph, dealing with the nostalgic memories of a young man who revisits his old flames on the eve of his marriage, proved to be such a stupendous hit that it practically re-wrote Tamil cinema at that point.

With three heroines, a screenplay that veered tantalizingly from school to college to adult life, the movie was a huge draw for many who wished to visit their own childhood, spawning numerous movies and spoofs that even lead to the "Autograph Effect."

It won the National Award and a slew of other awards as well. A sequel is now in the works.

After Autograph, it was only natural that expectations would be sky-high, and they were fulfilled, in some part, with this movie, revolving around a son's love for his parents, and his duty towards his family.

Despite some excellent performances from Raj Kiran, Padmapriya and Cheran himself, the actor decided to go with this one himself.

The audience perception was that it was a little too heavy, gloomy, with very little fun. It did, however fetched Cheran his third National Award. 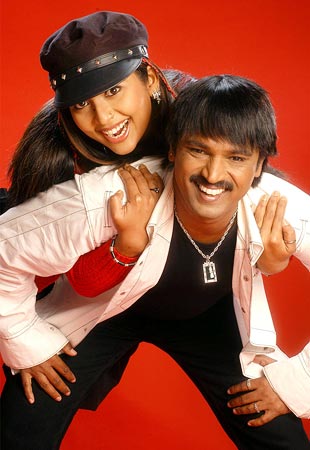 Image: A scene from Mayakkannadi

Cheran decided to play with his setting this time: he played a modern youngster working as a hair-dresser in the city, with dreams of making it big, in tandem with Navya Nair, a co-worker.

The two have a great many mishaps before realising that it's hard work that counts, not blind luck. Elaborating on the director's penchant for message movies, this one seemed to have the right ingredients, but put up a dismal show at the box office because it was deemed too preachy.