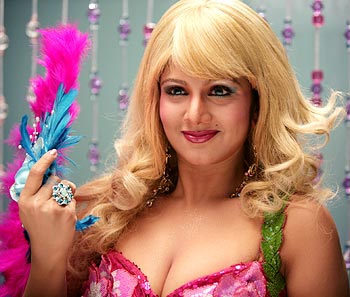 Image: Rambha in a scene from Quickgun Murugun
Raja Sen

Hindi cinema doesn't like to blame its heroes. Even when they do what they aren't supposed to, its easier to point a finger on some sexy vampish creature wiggling around in front of them, forcing them into compulsion.

And while we've had truly memorable seductresses from Helen to Rekha, here's a look at ten of the recent bunch:

In Shashank Ghosh's spoof featuring Channel [V] character Quick Gun Murugan, Rambha plays the wonderfully named Mango Dolly. The song introducing her is a killer one, and makes her instantly forgettable -- at least by name. 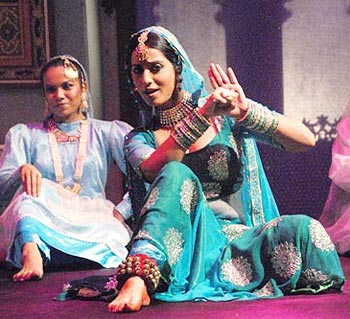 Image: Mahie Gill in a scene from Gulaal

Here, she really wants Kay Kay Menon bad, and makes use of great songs to make us realise that. 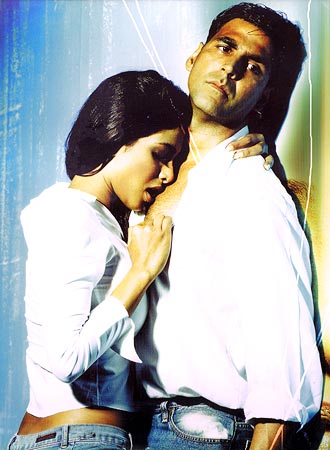 Image: Priyanka Chopra and Akshay Kumar in a scene from Aitraaz

She's a high-ranked, powersuit-wearing executive hitting on a married man.

It's an act done hundreds of times in the movies, but Priyanka Chopra brought a different level of raw sexual aggression as she made on-screen moves on Akshay Kumar. Wow. 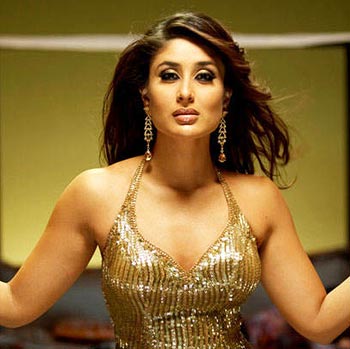 Image: Kareena Kapoor in a scene from Don

It takes serious guts to take on a Helen song, but Kareena was bold enough to go all the way in Farhan Akhtar's confused new-age version of Don.

Her Kamini shimmies through seduction with adequate shine, even though she seems to leave Shah Rukh Khan pretty cold. 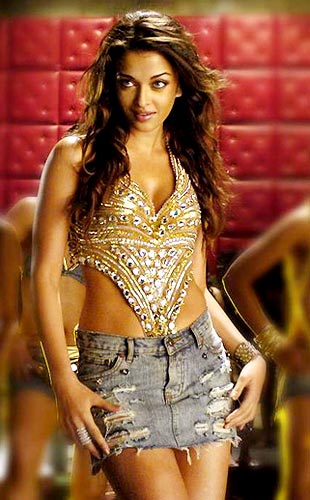 Image: Aishwarya Rai in a scene from Dhoom 2

This translates to teensy skirts, skimpy tops and much flashing of skin as she writhes sexually in front of the studly anti-hero in order to gain his confidence. Image: Madhuri Dixit in a scene from Devdas

Dixit, while clearly miscast as Chandramukhi in Sanjay Leela Bhansali's opulent retelling of the classic tale, nevertheless shines in her role as a kothewali dancer eventually vying for Shah Rukh's attention. 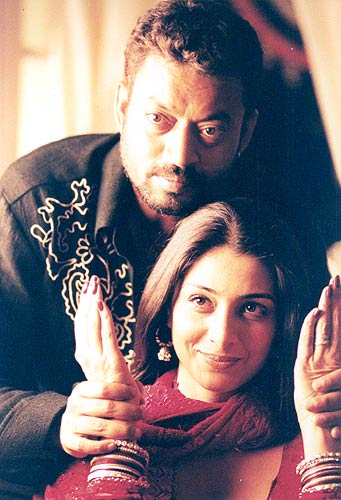 Image: Irrfan Khan and Tabu in a scene from Maqbool

Vishal Bhardwaj's take on Shakespeare's Macbeth broke much ground, and Tabu's take on Lady Macbeth was no exception: a manipulative, sexed-up seductress hot enough to eat. And her dialogues. Wow.

Bipasha Basu in No Entry 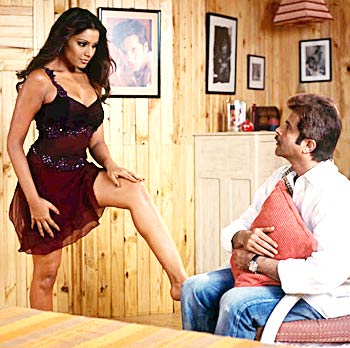 Image: Bipasha Basu and Anil Kapoor in a scene from No Entry

Anil Kapoor played a happily married man in Anees Bazmee's No Entry, but it takes a lot for a man to say no to Bipasha Basu, especially when she's in the mood to peel clothes off. 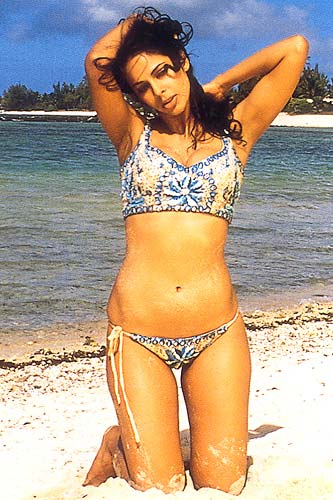 Image: Mallika Sherawat in a scene from Bachke Rehna Re Baba

Rekha was frightening, but Sherawat did many a bikini and one couldn't help but stare. Image: Ameesha Patel and Akshaye Khanna in a scene from Humraaz

Honestly, its bizarre -- even without seeing Patel encased in a block of ice mid-song.