Bollywood goes back to school 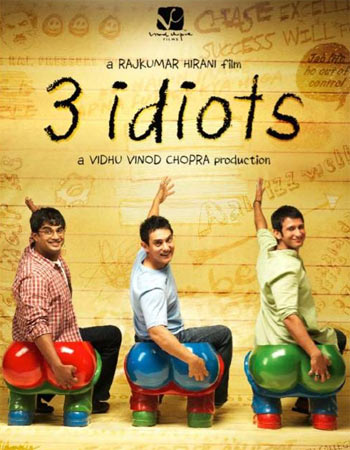 Image: A poster of 3 Idiots 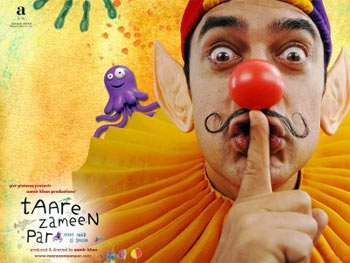 Clearly the most memorable substitute teacher in our cinema, Aamir Khan's Ram Krishna Nikumbh barrelled through his directorial debut, changing the film as soon as he appeared in the classroom.

Dressed as a clown, the art teacher reached out to the boarding school kids by encouraging their chaos, big time. 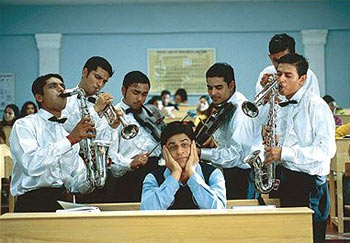 Farah Khan's rollicking directorial debut saw armyman Shah Rukh Khan go undercover as a dweeby student, while Sushmita Sen played a Chemistry teacher who made saris look better than they ever did.

So helplessly smitten was Khan that the very sight of Sen automatically made his arms rise up in the trademark SRK love-cliche pose. 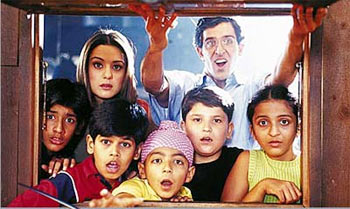 Jeered at by much younger school friends for not knowing anything about computers, the alien Jadoo teaches him what he needs to know. He comes back triumphant, telling the other kids that his deceased dad taught him computers, after all. 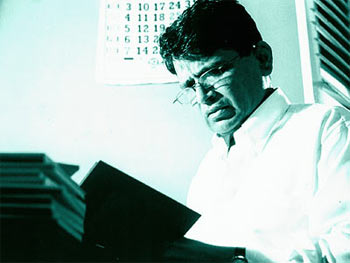 In one of the half-dozen stories in Prawal Raman's Darna Mana Hai, Raghuvir Yadav plays a frequently-scowling teacher who punishes a girl for never doing her work on time.

Then suddenly she becomes an ace student, and an Om drawn on her sheets leaves the teacher flustered, leading to the man eventually confessing to another student's murder. 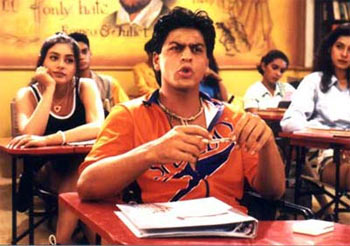 Karan Johar's college-redefining directorial debut saw Shah Rukh Khan handing out friendship bands, asking voluptuous classmates to 'squeeze' him in lieu of excusing him, while Kajol got yelled at by the teachers.

And what a teacher it was, an oomphy Archana Puran Singh pouting her way through lectures about -- what else but -- love. 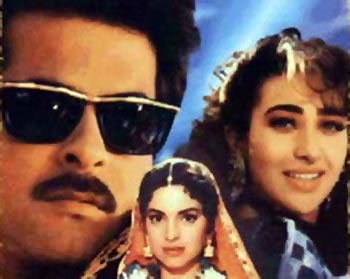 Image: A scene from Andaz

David Dhawan's 1994 film is the kind of thing that would have Slumdog Millionaire's Anil Kapoor scurrying for cover.

In one of the most embarrassing 1990s films, he plays a schoolteacher married to Juhi Chawla, fighting off a crush from schoolgirl Karisma Kapoor. The height of the inanity? Shakti Kapoor playing her classmate. 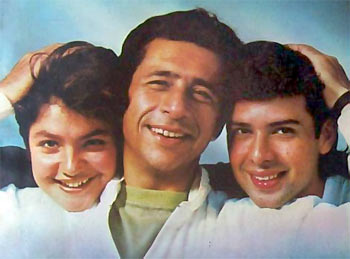 Image: A scene from Sir

Shah does very well as he brings out the firebrand bottled inside the timid girl. 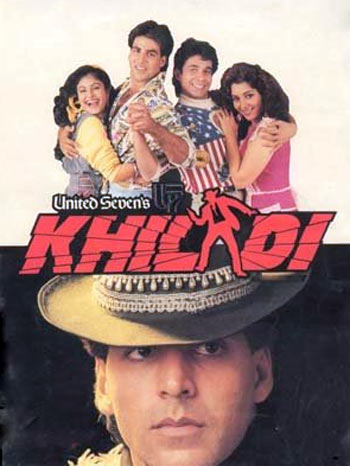 Image: A scene from Khiladi

Back when Abbas-Mastan were in top form, they made this fun thriller that started off innocuously enough in a college.

Akshay Kumar leads a group of pranksters to lace the teachers' drinks with 'winking powder,' and, correctly anticipating the chaos to follow, prepares for appeasal by showering the angry teachers with roses kept atop the ceiling fan.

Someone walks in and Kumar switches the fan on, but it isn't a teacher, it's new student Ayesha Julka. Love, naturally, is born. 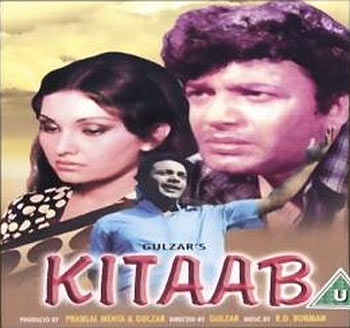 Image: A poster of Kitab

Uttam Kumar and Vidya Sinha star in Gulzar's take on the educational system, but the highlight remains an unforgettable classroom song picturised on Master Raju and his fellow schoolkids.

The director pulls out all stops as lyricist, the kids seeming to make up an absurd stream of madness as they explore all that could emerge from Master Ji Ki Chitthi. 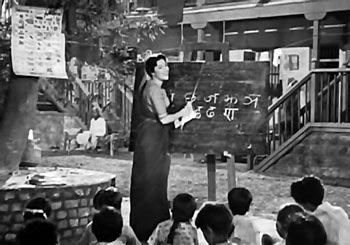 In this utterly charming Raj Kapoor film -- the man wrote, produced, directed and played the main lead, in his usual everyman way -- Nargis played a teacher, and who can forget the wonderfully written educational track Eechak Daana Beechak Dana, the Shankar-Jaikishen song immortalised by Lata Mangeshkar and Mukesh.