Sign in  |  Create a Rediffmail account
Rediff.com  » Movies » 'Himesh is no less than Aamir or Irrfan Khan' 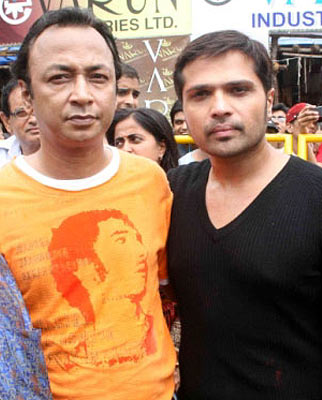 After writing dialogues for films like Ghulam and Socha Na Tha, Ishaan Trivedi is donning the director's hat for Himesh Reshammiya-starrer Radio.

A product of the National School of Drama, Ishaan had earlier directed 7 1/2 Phere in 2005, starring Irrfan Khan and Juhi Chawla. The film, however, went unnoticed.

Ishaan tells Nithya Ramani how he made Himesh act in Radio.

But before you read on, here's your big chance to become a Himesh fan. Click here.

Movie-making is a lengthy process. I was involved in a film with Warner Bros but it did not work out. So I started work on another film called Sale Upto 50%.

I wanted to work with Himesh so I went to him with a few story ideas. I have known him for 10 years now. He had the idea of Radio and suggested we could make a film on that. We started shooting in three months. 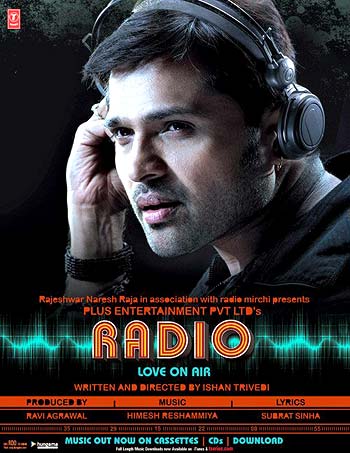 What makes Radio different from all the love stories we've seen on screen?

Radio deals with relationship problems. It's very common in urban India but hasn't been touched upon in films.

I've taken the help of Facebook in Radio. Everyone is hooked on to Facebook these days so they will understand what I am trying to show in the film. Facebook has become the face of youth. It's through this site that people get to know each other and (sometimes) even get into a relationship. They share their sorrows and so it becomes their best friend.

Is Radio a love triangle?

Yes. Pooja (Sonal Sehgal, newcomer) is Vivan's (Himesh) former wife. Vivan's friend Shanaya (Shenaz Treasurywala) is in love with him but cannot get herself to tell him. So she turns to Facebook to convey her feelings.

'Himesh needs a good script to help him prove himself' 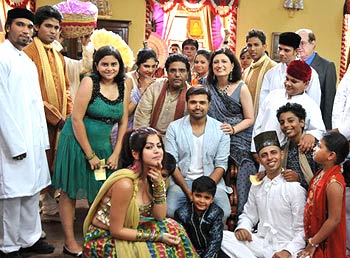 How did you decide on the leading ladies?

We auditioned 300 girls for Shenaz's role and shortlisted six. Then Himesh suggested we take Shenaz. She has been a veejay so she would know how to pull off a radio jockey's role. I don't think there is much difference between a VJ and an RJ.

Sonal had worked with Himesh in a film called Ishq Unplugged. Himesh had been so impressed with her that he suggested we sign her for Pooja's role. She looks like a wife as well as an independent girl, who lives life on her terms.

Did you have any apprehensions about Himesh as an actor?

Himesh has done a wonderful job in Radio. People will be surprised to see his performance. There have been many actors who have become actors after spending years in other fields.

A Shah Rukh Khan or an Aamir Khan will not shine in a bad script. The same goes for Himesh. He needs a good script to help him prove himself as an actor. It depends on the sensibilities of the director.

'I'm sure Radio will get a good opening' 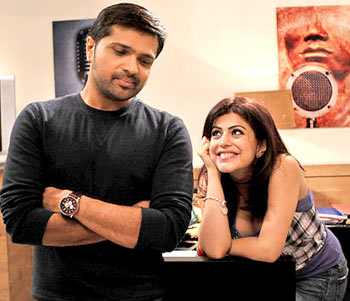 Himesh said that the film has recovered its investments even before it has released in theatres.

Yes, the producers have recovered their investment in the form of music sales and satellite rights. I am confident that the film will work well. Since the music is doing so well, it's an advantage for the film.

Radio is releasing on the same week as Paa. Are you nervous about taking on an Amitabh Bachchan-starrer?

No. We have had multiple films releasing on a single Friday. I'm sure our audiences will give each film its due. The strike delayed all film releases. Producers have no option but to release films together.

I hope Paa and Radio will do well and recover its money. We did a test screening for Radio and the audience reacted positively.

I didn't have such a trial show during 7 1/2 Phere. This really helps to know the audience reaction. So I'm sure Radio will get a good opening.

'Himesh has a great passion for acting' 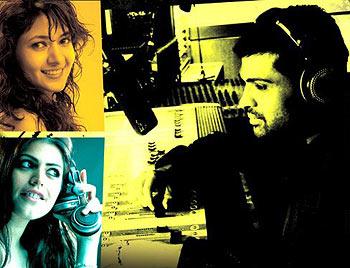 Since I have worked with some of the best actors, I can vouch for Himesh and say that he is no less than Irrfan or Aamir. He has a great passion for acting and high levels of energy.

Any incidents on the sets that you can share with us?

When swine flu was doing the rounds, Shenaz had caught a common cold. But everybody would stand away from her. It was funny because technicians can afford to keep a distance but what Himesh, Sonal and me? We had to be in close proximity. But she recovered fast.