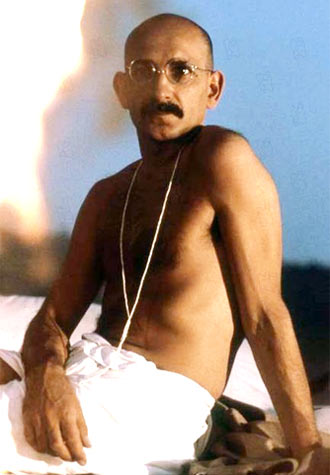 It was way back in 1982 when Sir Ben Kingsley came to India to portray Mahatma Gandhi on screen. Now, he is back in a new avatar, all set to play a mathematician in Amitabh Bachchan-starrer Teen Patti, and Mughal emperor Shah Jahan in Taj.

The actor speaks with Trans World Features correspondent Sreya Basu about his experience working with Bachchan, his Taj plans and more.

How does it feel to be back in India after almost 27 years?

I was never away from India psychologically. India is in my bones, it's my second home.

After so years you are working in another Indian film.

You are talking about Teen Patti? Yes, it's a great experience. I liked the script very much; it's not a typical one. I play a mathematician who knits the film, but from an observer's chair.

Do we get to hear you speak Hindi?

Thankfully, no. I have been fortunately spared of speaking Hindi in the film, or else I would have been in a soup. I don't know the language.

How is it acting opposite Amitabh Bachchan?

He is very wise, kind, intelligent, hard working and a joy to work with. He is such a big name in the Indian film industry but is so grounded. He has no ego. 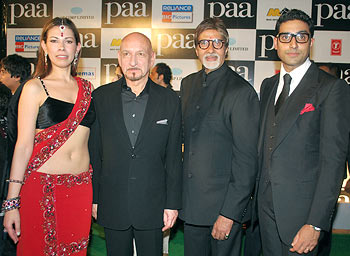 From Gandhi to Teen Patti, what are the changes that have struck you the most?

I don't know. The same juices are flowing in my body which I felt when (Richard) Attenborough said 'action' for Gandhi. And people still know me as the one who played Gandhi, a compliment that I welcome whole-heartedly. It's really an honour that my name is linked to one of the greatest men in history. It's also an assurance that the thread that was tied in 1981-82 during the filming of Gandhi has not snapped.

Do you consider Gandhi as the role of your lifetime?

I will answer it my way. You can't get the opportunity to play a Gandhi-like role a second time because there's only one Gandhi. But it's not the only film I have done in my entire career so far. I have played diverse roles in around 60 odd films so far and I have tried to make each role different from the other. But of course, Gandhi is an extraordinary film.

What is the one thing you like about Gandhi?

The way he converted his anger to something gracefully constructive, is something all of us need to learn. Now you are planning to make a film on the Taj Mahal.

Not on Taj, but on the psychology of Emperor Shah Jahan.

Everyone knows the Taj is a symbol of love and the story of Shah Jahan and Mumtaz behind it. But what I want to focus on is the deep-rooted pain in the marble structure -- the pain of love, struggle, separation and loneliness.

Media buzz says you are casting Aishwarya Rai as Mumtaz.

Nothing has been finalised. She is a beautiful and talented actress. I worked with her in The Last Legion. It will be great if we can work together again.

Do you have a favourite among Indian filmmakers?

I like Satyajit Ray's art of filmmaking. His understanding of human struggles was similar to that of Shakespeare and Tolstoy. Also, he used to convey a whole array of nuances with a very small shot. Among today's filmmakers, Mira Nair is interesting.