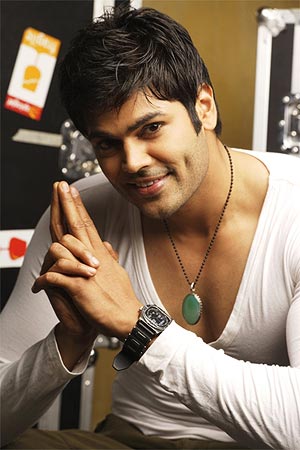 Ganesh Venkataraman wowed the Tamil and Telugu audience as well as filmmakers with his powerful and restrained performance in the remake of A Wednesday titled Unnaipol Oruvan as ATS officer Arif Khan.

His powerful performance has now earned him the tag of new action hero or the angry young man of Tamil cinema.

Whether he will live up to the tag will be seen in his next film Muriyadi for K Balachander's Kavithalaya banner. Selva, who made the recent Naan Avan Illai series is directing Muriyadi which is said to be inspired by the highly appreciated and commercially successful Malayalam film Passenger directed by Ranjith Shankar with Dileep, Sreenivasan and Mamta Mohandas in the lead.

When you were offered Unnaipol Oruvan, did you expect this kind of appreciation?

To very honest, no. I knew that the script was good and so was the role. I knew it was a great opportunity to work with Kamal Sir and Mohanlal Sir. My focus was on working with a good team. 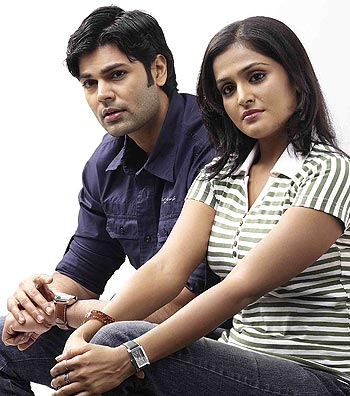 Were you surprised when you got the tag of an action hero after the film?

I was pleasantly surprised. I definitely knew that I would get a lot of visibility and exposure because I was working with Kamal (Haasan) Sir. He has a huge fan following and people would definitely watch a Kamal Haasan film. To top it all, this was the first time that Kamal Sir and Lal Sir were acting together, which was the USP of the film.

Though the character of Arif Khan was appreciated very much, the angry young man tag still comes as a surprise!

Do you enjoy the tag?

Yes. I think it is great. In every individual, there is anger about something. I could identify with the character and his anger. I am sure many youngsters would feel the same. I am enjoying my new image to some extent.

What kind of roles were you offered after Unnaipol Oruvan?

After Unnaipol Oruvan, a lot of offers came to me but they were all cop roles. I don't mind doing cop roles but they have to be different from Unnaipol Oruvan. People tend to stereotype you and I don't want that to happen.

But when I read the script of Muriyadi, I was excited. For one, it was made by K Balachander Sir's Kavithalaya, one of most respected banners in the industry.

'I play a lawyer who fights injustice in Muriyadi' 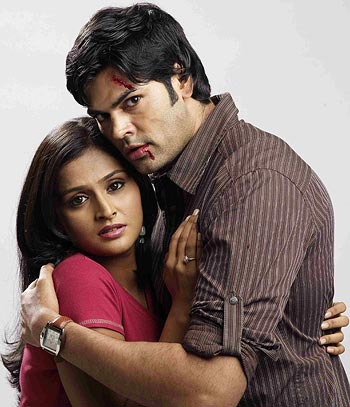 Is it the remake of the Malayalam film Passenger?

I think it is inspired by the Malayalam film. Of course, it will be a different kind of film as Malayalam and Tamil films are different. Selva Sir's style of film making is different.

I play a lawyer who fights injustice (Dileep played the role in the original). I could relate to the character and his feelings. As an actor, the role gave me a wide range of emotions to portray, from romance to action to anger to humour. It was exciting to essay such a role.

Have you seen Passenger?

I have seen Passenger but I saw it much before I was offered the role. I generally see all films and I don't miss Malayalam films as they (Malayalam) films are different. I saw Passenger because it got very good reviews.

Tell me something more about the character.

I play Vijay, a lawyer, who believes strongly that it is the duty of educated people to help those who can't support themselves. He is recently married, a man with a lively sense of humour and someone who stands up for the poor. He happens to meet Satyaraj Sir's character on a train. Both are poles apart but they strike a friendship. He is not just an angry young man.

How was the experience of working with Satyaraj?

Fantastic. He is a firecracker on the sets. As a youngster in the industry, I am focussing on working with great artists. In my first film, I could observe Prakash Raj, in the my second, I had Kamal Sir and Lal Sir and in my third, I saw Satyaraj Sir performing. What more do I need? I couldn't have asked for more. I am a student of cinema.

'Money is not the criteria while signing films' 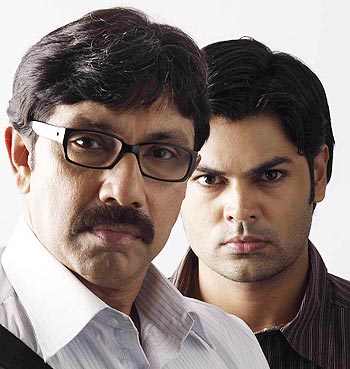 What is the status of the film?

We have completed 65 per cent of the shooting and plan to finish the talkie portions in 30 days. The film will be ready for release in February.

In the meantime, are you looking at more scripts?

Once we wind up this film, I will decide on the next project. There are two projects I am interested in. Officially I have not signed any film yet.

Do you plan to do only one film at a time?

Kind of. I will only do films that I believe in. I want to work in good films, with good directors. Money is not the criteria while signing films.

Do you feel by doing one film at a time, you can assimilate the character better?

We shoot for 30 days at a stretch for this film. I had discussions with the director, reading sessions and rehearsals. I had gone to the Madras High Court and spoke with many lawyers. I found out how PILs are filed. I observed lawyers to know their body language. I observed my father who is a lawyer too. While we were at the shooting spot, I became the character. That is why I want to do one film at a time so that I can be the character.