Sign in  |  Create a Rediffmail account
Rediff.com  » Movies » Ranbir: I get nervous before the release of my film

Ranbir: I get nervous before the release of my film 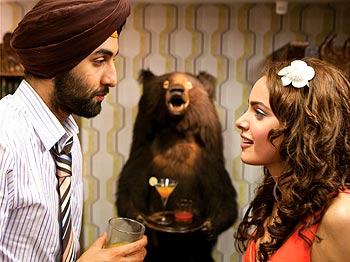 Image: A scene from Rocket Singh Salesman Of The Year
Patcy N in Mumbai

Rocket Singh may be about the 'Salesman of the Year' but the makers are not keen on selling the film too hard. Ranbir Kapoor explains that the film is very simple, and the makers don't want to over-market it.

So what kind of salesman are you in the film?

I play a good and honest salesman. I am a fresher, just out of college and am trying to adjust in this new space.

There's hardly any publicity for Rocket Singh. Why is that?

Shimit, Jaideep (Sahni, writer) and Aditya (Chopra, producer) believe that they have to be honest with the product. They don't want to over-market the film and make it look like a blockbuster. This is a very simple film. It does not have foreign locations or actresses coming out of the sea or cars overturning. It's about a boy, just out of college, who enters the sales world.

I am not upset (that the marketting is low). The film's marketing depends on the type of film it is and Rocket Singh does not demand this kind of marketing.

'I don't think Shazahn has a crush on me' 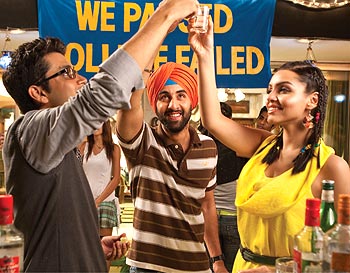 Your co-star Shazahn keeps saying she has a huge crush on you in her interviews.

She has not said that to me so I don't think it is true. It was really good working with her and also with Gauhar Khan. Some of my co-stars were newcomers while others have done films before. We have become a family since we were all working in one office.

'The beard was itchy for a few days' 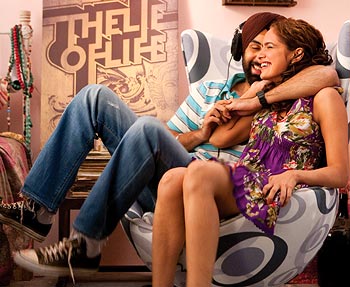 Since you are always clean shaven, did the beard -- as well as the turban -- get itchy?

I felt more in character; I was living the part. I want to play my characters as real as possible. Growing a beard is not a big deal. It's itchy for a few days but then it helps your performance.

'Shimit has proved himself as a director in his films' 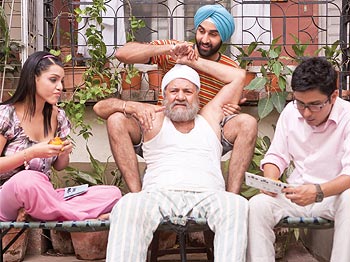 How was it working with Shimit?

Shimit has proved himself as a director in his films (Ab Tak Chappan and Chak De! India) and shown us his level of talent. Apart from that, he is a very good person.

He's not a dictator nor does he take his success seriously. He's very inspired from the world and wants to tell stories. He loves movies. He listens to people and never behaves like he knows everything.

He bonds well with Jaideep; they compliment each other beautifully. They have amazed the audience with their film Chak De! India and they don't take that for granted.

'For me, it is more about the journey than the destination' 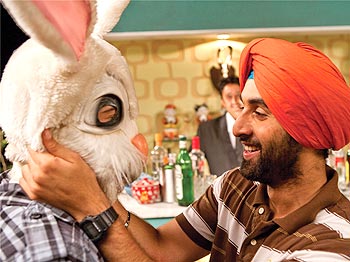 Ajab Prem Ki Gazab Ki Kahani has made you one of the most sought after stars of the industry. How does that make you feel?

I feel great. I was nervous before the film's release, like I do before all my releases.

I am the same as I was before Saawariya, Bachna Ae Haseeno and Wake Up Sid. I am not like actors, who are confident about the work they do. For me, it is more about the journey than the destination.

I have no plans of working with Rajkumar Santoshi again, as he has not offered me anything. But if he does, I will surely work with him. He is a great director.