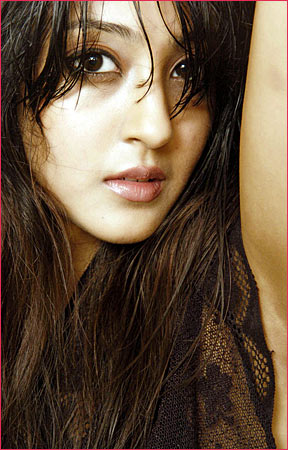 With two big hits Junglee and Manasaare and a semi-hit Vaayuputhra under her belt, there is no denying that Aindrita Ray is the numero uno actress of the Kannada film industry.

But Aindrita was in for a shock when she was allegedly humiliated by well known director and writer Nagathihalli Chandrashekhar while shooting for the film Nooru Janmakkoo in Hong Kong recently.

The actress who returned to Bangalore from Hong Kong on Thursday morning says that Chandrashekhar allegedly slapped her and used vulgar language during the shoot. Chandrashekhar, however has denied all charges.

When did the slapping incident happen? What caused it?

The incident happened on December 6 when we were shooting in Hong Kong. I reported a little late to the sets because my make-up took some time. Since we had almost finished the shooting schedule, I thought everything can be done leisurely as our tickets were booked for December 9.

But when I reached the sets, I found Nagathihalli shouting and abusing me. Then he started talking about my payment. He has nothing to do with my payment and I told him that he cannot raise the issue (of payment) on the sets. He immediately shook my shoulders forcibly. I tried to push him when he slapped me twice.

My mother was having her breakfast then. I did not know how to react and many people dragged him away from the scene. My left ear started to bleed. I could not hear anything from that ear. 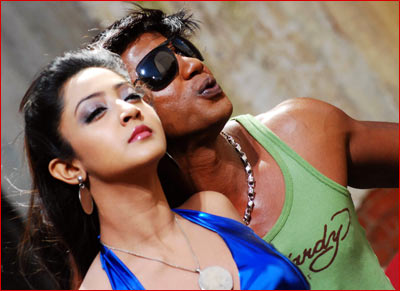 Image: Aindrita with Vijay in a scene from Junglee

You must have been in shock...

I was too horrified and shell-shocked. Here is a person who is so well respected in the industry and claims to be a knowledgeable person attacking a female artist without any provocation.

We did not have any differences earlier and everything went off smoothly till this incident though I was a little uncomfortable with his attempts to get close to me by touching and hugging my shoulders during the photo sessions.

In one particular sequence he even tried to hit my lower back in the guise of demonstrating it to the artist who was to enact the scene. Though I did not say anything I did make my displeasure known. But the slapping incident was the most heinous.

'I have already complained about Nagathihalli' 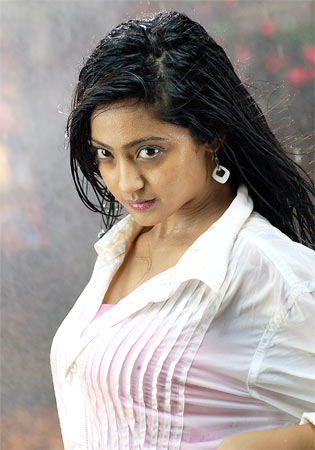 But Nagathihalli does not have any precedence of behaving like this...

Frankly, his behaviour was most unexpected. I had heard so much about him and his writing abilities. I really thought he would give me a good role. But now my ambition to work with him has turned into a nightmare.

I have so far worked in eight films and in all these films I was treated like a kid. Every member of the film units I had worked earlier joked with me all the time. Ask Yogaraj Bhat sir, Soori Sir, Mahesh Babu sir, with whom I had worked earlier whether I had misbehaved on the sets at any time.

I am here in this industry because acing in my passion. I am not here for money. I hail from a respectable family. My father, who served in the army, brought me up and my sister with strict discipline. I would not like to be unprofessional in this film industry which has brought me into the limelight. Even after this incident, I participated in the remaining part of the shoot for two days.

What are you going to do about the matter?

I have already complained about Nagathihalli to the Karnataka Film Chamber of Commerce, Kannada Film Producers Association and the Kannada Film Artists Association. Even the producers of this film have provided me a lot of support by appreciating my stand.

I have taken the courage to speak to the media and expose him. I don't want any other female artist to face such humiliations in future.