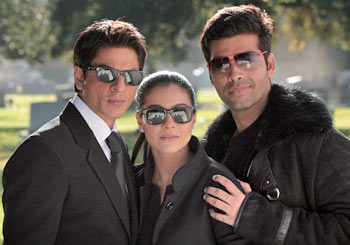 Here's some good news for fans awaiting the Shah Rukh Khan-Kajol film My Name Is Khan. The first trailer will be aired on December 16 at 10pm.

Directed by Karan Johar, the film is about Rizwan Khan (played by SRK), who suffers from the Asperger syndrome, a form of autism that affects social interaction abilities.

The film is set against the 9/11 terror attacks and its impact on an Indian Muslims living in the United States. 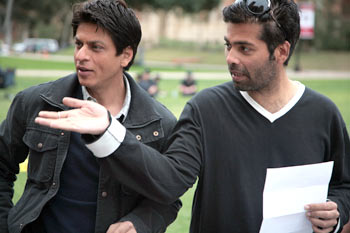 Fox Star will market and distribute the film in India while Fox Searchlight Pictures will release the film in the US on February 12.

Shah Rukh hopes the venture will catapult Bollywood films onto a global platform.

'The fact that they are recognising a Karan Johar film as a film that they can like to release on an international platform genuinely for the first time in the history of Indian cinema I think if I am not wrong, is great honour in itself. Hopefully, our film is good enough that it will take all of us -- that is you, me, Karan, the whole film industry -- a step forward to the next level,' Khan told ANI.