Why advertisers aren't gung ho about Ranbir... yet 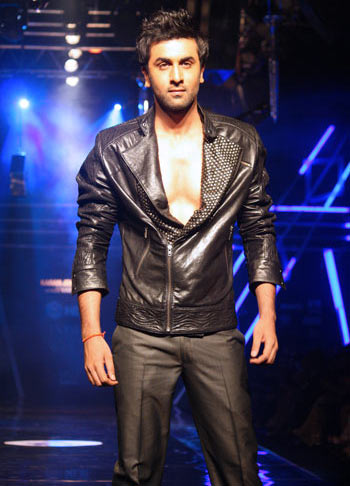 Ranbir Kapoor has everything going for him but the brand endorsements -- so far.

He is the hottest -- and most bankable -- star in tinseltown these days. He has big banners chasing him and directors wanting to work with him, and he probably commands a hefty amount of money for the movies he does act in. But when it comes to brand endorsements, Ranbir Kapoor still has a long way to go.

So far, Kapoor has three brands in his kitty: Panasonic, Provogue and Pepsi. For someone who has delivered two successful movies in the year 2009 -- Ajab Prem Ki Ghazab Kahani and Wake Up Sid -- this is a little unusual.

Of course, Pepsi signed him way back in 2008 for its Youngistan campaign, and Panasonic got him on board earlier this year.

"He is still relatively new and you have to understand that unlike in the case of cricketers, marketers prefer to go with established film stars," says Santosh Desai, CEO of Future Brands. 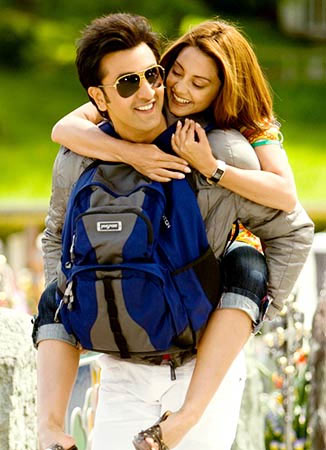 Kapoor, who started his career with Saawariya, which was a big dud, has tasted success with every other movie he has made, be it Bachna Ae Haseeno or the two movies released earlier this year.

"He has a great connect with the youth and that's why a bit surprising to see him not endorsing many brands," says the CEO of a celebrity management company.

"A reason why Pepsi or Panasonic have signed him is that he appeals to the target audience," he says. 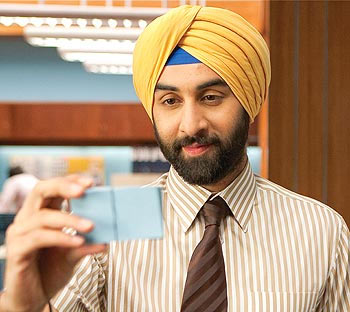 Image: Ranbir Kapoor in Rocket Singh Salesman of the Year

In 2009, not many stars' movies actually worked at the box office. Imran Khan, Shahid Kapoor and Neil Nitin Mukesh are in the same bracket and have a similar appeal.

They have struggled to find takers as far as endorsements are concerned. Nor did the older, or rather, more established brigade like Shah Rukh Khan and Aamir Khan, add much to the kitty.

With his latest movie Rocket Singh Salesman of the Year opening to great reviews, Kapoor has ended the year the same way he started it -- with a bang.

His next movie to hit theatres will be Prakash Jha's Rajneeti, and it is creating a buzz because he will play opposite Katrina Kaif. 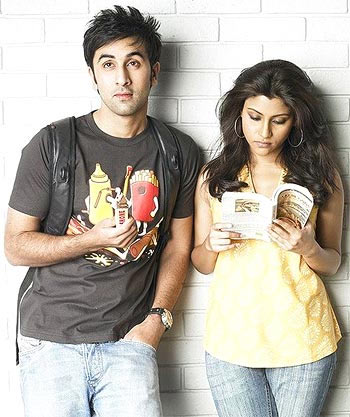 According to Afsar Zaidi, CEO of Carving Dreams, Kapoor has immense potential and is poised to enter the endorsements big league. While no figures are available on his asking price, it is estimated to be in the range of Rs 3-3.5 crore.

Zaidi feels that Kapoor's image cuts across various segments of the audience. "Be it women, youngsters or teenage girls, he is adored by all," Zaidi says.

All these actors have the appeal but lack the "X factor", according to Zaidi. "Ranbir has that charm and is slowly starting to develop a universal appeal, something which brands are looking for."

The Khans have their own set of loyal brands, which are unlikely to ditch them. That leaves a smaller pie for the Youngistan of Bollywood. While Ranbir leads the pack, it still remains to be seen whether, like filmmakers, marketers too queue up outside his door. "He can be counted amongst the big stars now, and that too within a short span of time," says Landers. 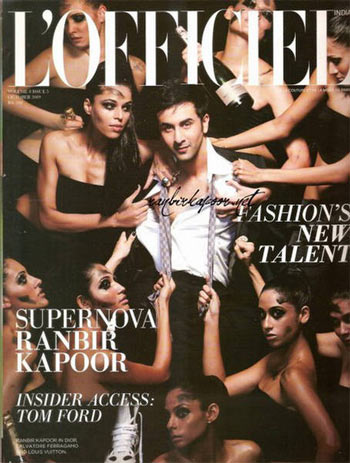 Kapoor entered the industry only three years ago. One has to understand that, unlike cricketers, who are labelled 'the next big thing' after one good series, film stars take time to climb the ladder of endorsement, adds Landers.

Even cricketers, barring M S Dhoni with his panoply of endorsements, have taken an advertising hit in 2009. "Brands have become more cautious," says Desai. Dhoni, many feel, is an exception. He continues to be the blue-eyed boy for brands.

Desai feels that 2009 was a year of consolidation for Kapoor, and that he will make a splash in 2010. "There's no reason why he shouldn't. He is adored by one and all and has the charisma to be there at the top for a number of years."

While people in the movie business are already hailing him as the next king of tinseltown, advertisers and marketers have been a bit reluctant to sign him.

If expert opinion is to be believed, however, and Kapoor continues to deliver hit after hit, it will only be a matter of time before he hits the big league of endorsers as well.

Who knows, he might just become Ranbir Kapoor Endorser of the Year in 2010!