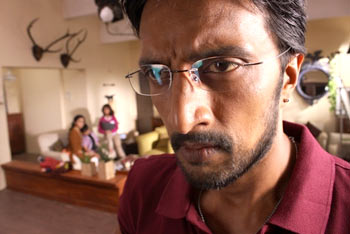 Image: A scene from Phoonk 2
Nithya Ramani in Mumbai

Say what you will of Ram Gopal Varma, but his horror films always seem to thrill. It's evident from the impact his spook tales like Bhoot, Darna Mana Hai, Darna Zaroori Hai and Phoonk have.

Since Phoonk did farely well at the box office, the filmmaker has decided to make its sequel. It will be directed by first-timer Milind Gadagkar, who had written Phoonk. Phoonk 2 is ready to release early next year.

Nithya Ramani caught up with Ram Gopal Varma to quiz him about Phoonk 2, why he didn't direct it himself and what new thrills he has added to the story.

Why did you decide to make a sequel to Phoonk?

Making a sequel to a film that has done well is an obvious step. Especially in the horror genre.

Milind, who wrote the first film, suggested that we do a sequel to Phoonk. I didn't see a reason why we shouldn't.

'Phoonk 2 doesn't have many graphics' 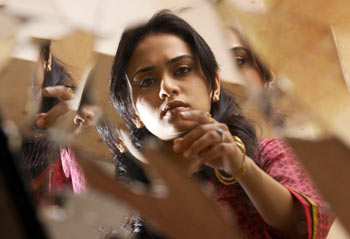 How different will the sequel be from the first film?

Phoonk 2 starts off with the spirit of the evil woman coming back from the dead and brutally murdering the tantrik.

I believe fear is of two types -- one is helplessness, where you don't know how to escape from the situation and the other kind is the one that brings a chill down your spine, like in Bhoot.

Phoonk comes under the first category because the father is helpless to save his daughter. Only concern for his daughter overcomes the fear in his heart. It is through the eyes of the father that people will connect with the film. The kind of fear Phoonk creates is only subconscious, which makes you question your faith.

The two films are conceptually different. Phoonk 2 scares you more because it puts the father in a more complex situation where he starts feeling helpless. People will realise it when they watch the film. I think fear is more of a mind thing, which builds up with visuals and music. Phoonk 2 doesn't have many graphics though.

'Milind didn't like Phoonk the way I made it' 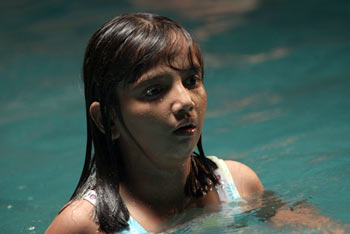 Why didn't you direct the film yourself?

Since Milind already had an idea of how to take the story forward, I thought why not let him direct it as well. He assisted me during Phoonk and plus, he is a bigger horror film buff than I am.

I don't think it is mandatory that a sequel should be directed by the same director of the first film. He didn't like Phoonk the way I made it. He thought it could have been better and scarier.

How efficient do you think he is as a director?

I know what he is capable of. I trust him completely and I know that it is his idea so he has a grip over the script and knows what he wants from it.

Milind is very efficient and he knows how to handle the crew. He has great managerial skills. I can say this because from the time he started shooting, I didn't get a call from anyone in the crew saying that there is some problem and they needed me. That in itself shows the kind of skill he has in managing everyone all by himself. He has good leadership qualities.

'I didn't have time to promote Phoonk 2' 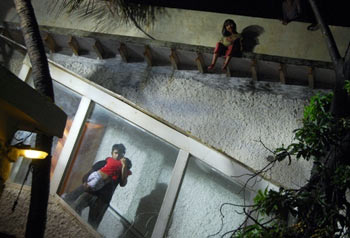 What is the status of the film?

We have almost finished shooting. It took us about 40 days.

The film is almost complete yet the media didn't even get a whiff of it. Why the secrecy?

Secrecy wasn't the reason. I was busy with Rann and Rakta Charitra so I didn't have time to promote Phoonk 2. Since I wasn't available, I think the Phoonk crew thought it best not to do anything till I became free. As a producer, it is essential that I am present.

Now that I am free from Rann and Rakta Charitra, I can concentrate on Phoonk 2 and promote it well.

'We have changed Jana Gana Rann to Vande Mataram' 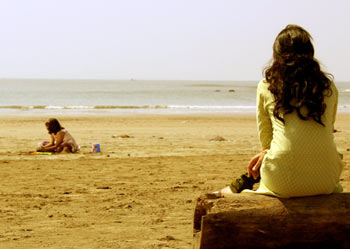 You are releasing the film in three languages...

Depending on the genre and the viewership, it was a conscious decision to release Phoonk 2 in three languages -- Phoonk 2 (Hindi), Bommai-2 (Tamil) and Aavaham (Telugu).

I didn't release it in Kannada despite the fact that Sudeep is from Karnataka because the audience there don't expect a horror film from Sudeep. He has a different image there and they expect him to do only those kinds of films.

What is the status of Rann and Rakta Charitra?

It is true that you have changed the Jana Gana Rann song in Rann?

Yes. Because of all the controversies, we have changed it from Jana Gana Rann to Vande Mataram.