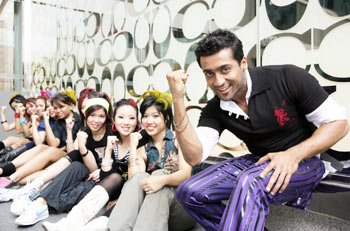 Image: A scene from Ayan
Shobha Warrier in Chennai

Out of the hundreds of films released in 2009, only a handful had good performances. But not a single performance can be described as spectacular.

Yet, these Tamil actors have managed to impress us quite a bit. Take a look:

Surya is the star of 2009. He had two releases, Ayan and Aadhavan, but was impressive only in Ayan, the year's only blockbuster, directed by K V Anand.

Surya was delightful while dancing and romancing the beautiful Tamannah, bashing up villains and rescuing the poor from the clutches of the bad.

He did all that with panache of a complete entertainer. Hats off to the actor for making the film so believable and exciting. 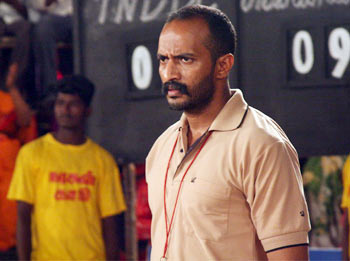 In the conventional sense, Kishore is not the hero of Vennila Kabadi Kuzhu. He plays a kabadi coach, who makes a losing team win, just like Shah Rukh Khan made the underdog girls hockey team win in Chak De! India.

Kishore was believable, sensitive and subtle, giving a new dimension to the character. 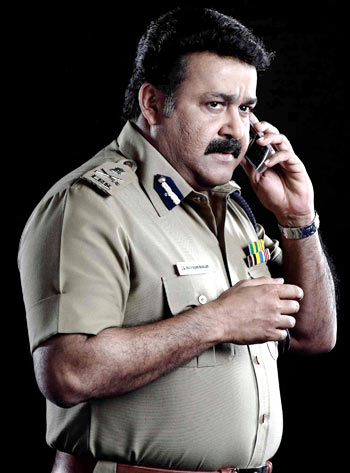 It has been said how great an actor Mohanlal is. In Unnaipol Oruvan, reprising Anupam Kher's role in the Hindi original A Wednesday, Mohanlal gave the role a new dimension and made it look different.

He gave a subtle, understated performance, delivering dialogues with a pinch of sarcasm and wowed the Tamil audience. This may not be Mohanlal's best performance -- he has done many astounding roles in Malayalam cinema -- but he brought a breath of fresh air to Tamil cinema. 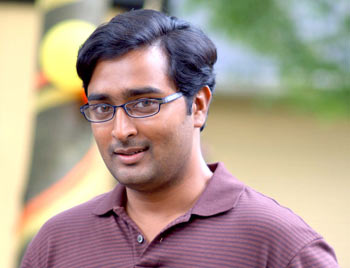 Unlike many young actors, Prasanna is not scared to experiment with his roles. Not many actors would have accepted the role of Senthil Kumar, a married man with a six year old daughter, as he did in Achamundu Achamundu.

The chemistry between Prasanna and Sneha -- playing a married couple -- made the film extremely believable. An excellent performance by the young actor. 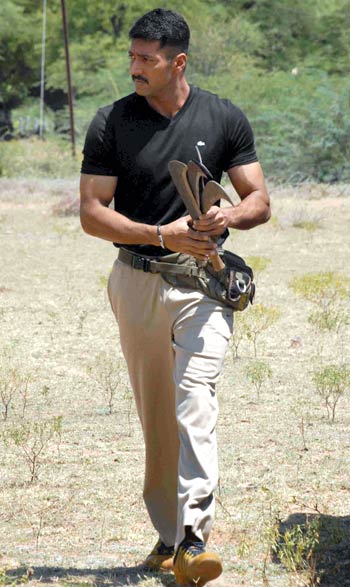 Image: A scene from Peraanmai

The director could transform a commercial hero into someone very different. Jayam Ravi, the quintessential commercial hero was not Jayam Ravi in the film, he was transformed into Dhiruvan, a forest guard belonging to a lower caste.