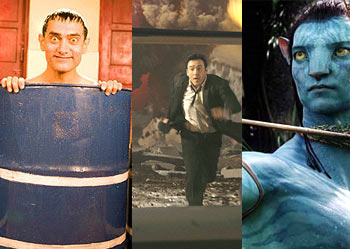 Image: Scenes from 3 Idiots, 2012 and Avatar
Patcy N in Mumbai

The year has not been the best Bollywood has seen at the box office. In fact, the Hindi film industry faced some serious competition from Hollywood films like 2012 and Avatar.

While we await a potential blockbuster in this week's release 3 Idiots, we look at the biggest hits in Bollywood this year.

Trade analyst Vinod Mirani throws in some figures as well, as he lists out the hits. 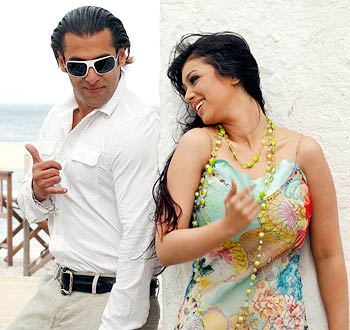 If 3 Idiots does not break box office records, then Salman Khan's Wanted will be the highest grosser of the year.

The film is a remake of the Tamil and Telugu hit Pokiri, and sees choreographer Prabhudeva's foray into Bollywood as director.

The name Radhe must work brilliantly for Salman on screen. Besides Wanted, Radhe was his screen name in his other blockbuster Tere Naam, years ago.

In Wanted, Salman plays a sharp shooter, who falls in love with Ayesha Takia's character.

The film had humour, action and romance, and won the audience's heart. 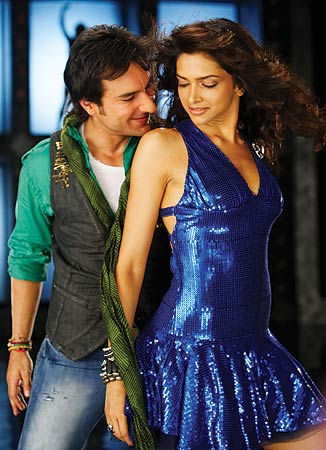 Saif Ali Khan obviously is as good a producer as he is an actor.

His debut home production, Love Aaj Kal, was the second highest grosser of the year.

Love Aaj Kal told a love story of two generations, how the concept of love changed through the years. Ranbir Kapoor made a great pair with Katrina Kaif, and proved that he had a bright acting career ahead of him.

Ajab Prem Ki Ghazab Kahani told the story of Prem (Ranbir), an easy-going character, who understands his responsibilities when he falls in love with Jenny (Katrina). 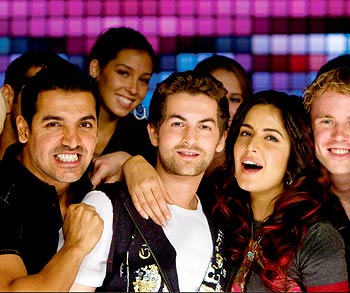 Quite a few movies have been made on terrorism, with varying success.

Kabir Khan's New York -- dealing with the plight of Muslims in the US after 9/11 -- managed to rate in the moolah.

The film sees Sam aka Samir Shaikh (John Abraham) being wrongly imprisoned and tortured for nine months, post 9/11. When he's released, he decides to take revenge. His college friend Omar (Neil Nitin Mukesh) is forced to become a police informant and keep an eye on Sam's activities. He gets some help from Sam's wife Maya (Katrina Kaif). Image: A scene from Kambakkht Ishq

Kambakkht Ishq is about a Hollywood stuntman Viraj (Akshay), who treats women badly, and Simrita (Kareena), a supermodel who hates men. Of course, they start loving each other.

The film saw appearances from Sylvester Stallone, Denise Richards and Brandon Routh but could not garner any good reviews. 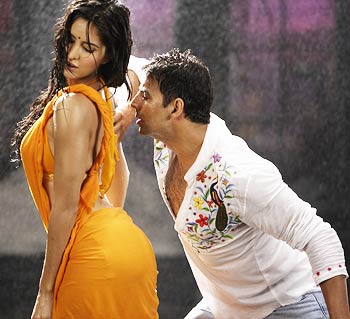 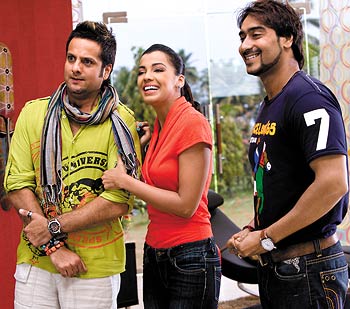 Image: A scene from All The Best

After the success of the Golmaal series, director Rohit Shetty scored another hit with All The Best. The film stars Ajay Devgan, Sanjay Dutt, Fardeen Khan, Bipasha Basu and Mugdha Godse.

All The Best did not have a story to speak of -- the women simply had to look glamorous and the men had to say some 'funny' dialogues.

The audience was clearly in the mood for some mindless comedy last Diwali. 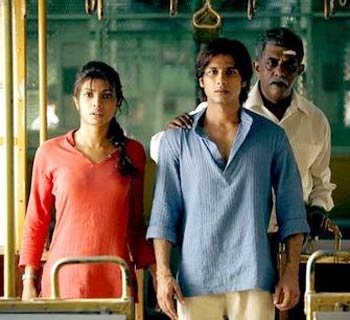 The Vishal Bhardwaj movie Kaminey saw Shahid Kapoor in a fabulous double role of Charlie and Guddu. Priyanka Chopra, playing a Maharashtrian girl, was amazing as well. In fact, the film saw some great performances from the cast.

Kaminey may not be right up there with Bhardwaj's masterpieces like Maqbool and Omkara but it sure is a must watch.

It tells the story of two brothers -- the cunning cheat called Charlie and the simpleton called Guddu -- whose paths cross one fine day.

The song Dhan Te Nan has become a regular in most night clubs. 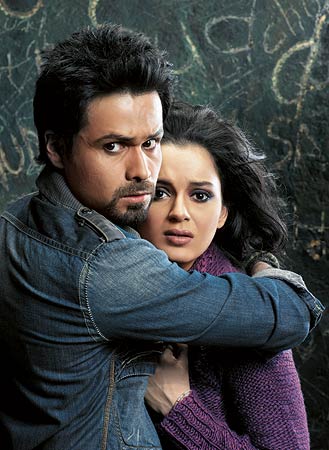 Image: A scene from Raaz 2

The film is about Prithvi (Emraan), a painter, who foresees Nandita's (Kangna) life and tries to save her. Kangna and Adhyayan -- who were seeing each other at the time -- play lovers on screen as well. K Balki's Paa saw Amitabh Bachchan in a unique and fabulous role. The 67-year-old actor played a 13-year-old boy so well that most audiences simply loved him.

Produced under the Bachchan banner A B Corporation, Paa earned some really good reviews.