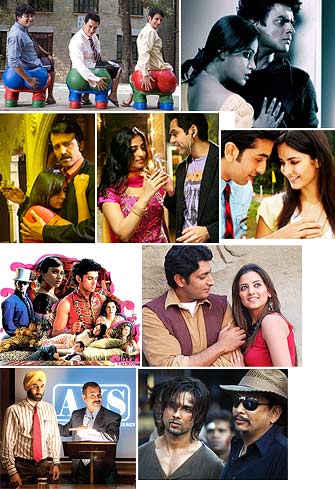 Image: The Best Films of 2009
Raja Sen in Mumbai

It's been a rough year for Hindi cinema, crippled by a producers-versus-multiplex strike that took out a major chunk of Fridays, leaving us all with lesser to watch.

That excuse having been made, the fact remains that despite some flash-in-the-pan brilliance every few months, it's been a year smothered largely in disappointment. Ten good Hindi films this year? I'm sorry, it just can't be done.

However, applause ought go where it should. There are three absolutely crackerjack films this year, and those three you will find at the end of this list, The Medallists. They're the ones who would automatically rise to the top of any list this year, and deserve all the plaudits that come their way.

Then we have three films which are flawed, but Good -- films with potential that don't quite make it to the finish line, but try pretty darned valiantly.

The final trio is made up of the Almost Good -- films that make it some distance but eventually disappoint. These are films that could have been great, but are so fatally, fundamentally flawed that they never add up.

So 9 films, then. 9 that you should watch, if only to keep up with the conversations. Rajkumar Hirani's latest blockbuster has been lapped up by most critics and audiences alike, a colleague accurately describing it as old-school Bollywood masala that only people like Sanjay Leela Bhansali and Karan Johar can make.

True, but we expected oh so much more than an essentially logic-less Dil Kuch Kuch Chahta Hai rehash from Hirani, that marvellously original director here reduced to churning out a completely average, shamelessly manipulative film. Still, in a weak year, even managing a few moments helps it make the cut. 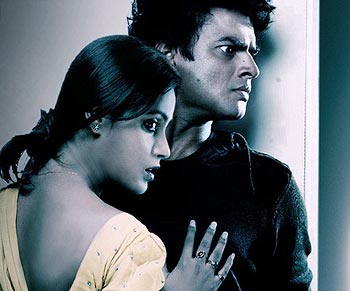 Horror cinema in Bollywood is more laughable even than our barely existant children's fare. Directors hardly ever concentrating on plot and nuance, instead just sending earsplitting background score our way. Which is why this Vikram Kumar film, shot very nicely by PC Sreeram, came as a refreshing change.

The first half is hackneyed and hammy, sure, but it ties up all the ends quite neatly, excelling at the flashbacked section. The result is neat enough to appreciate, a horror film that almost makes sense -- even if it doesn't really scare all that much. 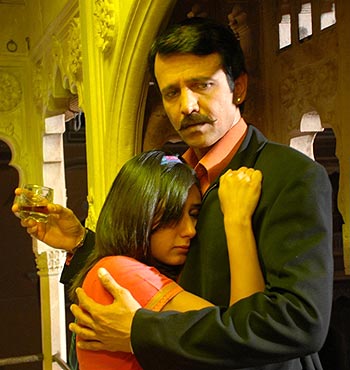 Anurag Kashyap's second release this year came with one of the finest soundtracks and a pretty impressive ensemble cast, but while the director is a proven hand and building quirky characters and setting story wheels in motion, this raw film proves he isn't all that sure about the brakes yet.

The second half careens anarchistically into nonsense, character consistency damned for the sake of high drama. I'm not even going to enter the film's political flaws here, but it was one of the few films this year that remained watchable to the very end -- even if all we did see was a firecracker fizzle out. 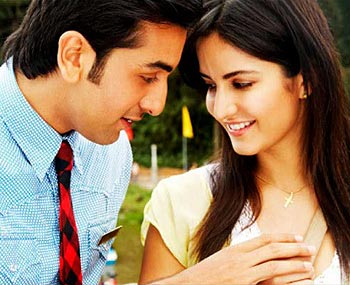 As mainstream as masala can be, Ajab Prem works simply because of an unashamed lack of pretention. Raj Kumar Santoshi, donning a Farah Khan bandanna, trumped out a goofy comic tale about an affable slacker and his gorgeous ladylove.

The humour manages to flit between outrageous and laidback, and the film has a refreshing whimsy that glosses so unapologetically over logic that it's hard not to like. Also, Ranbir Kapoor shines with incredible spontaneity and screen presence -- this is a superstar in stunning form, just readying for bigger things.

5. The Good: Luck By Chance 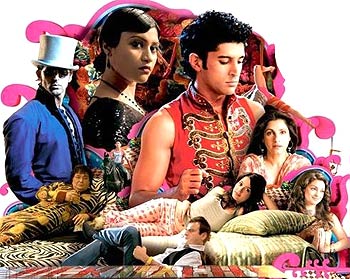 Featuring hands down the best opening credits in recent cinema, Zoya Akhtar's breezy directorial debut has a lot going for it. There is a plethora of striking cameos, the best coming from Anurag Kashyap and Hrithik Roshan -- in a career-best role. The snark is kept in check and her love for Bollywood seems simultaneously sincere and jaded, giving the film both warmth and the lack of it (in a good way, of course).

Yet while the film's first half shines, the second sees it degenerate into a predictable Bollywood romance -- and there's a serious problem with a film where everyone excites you except the lead pair, played by an impressive Farhan Akhtar and Konkana Sensharma. They ain't bad, but their characters and their story are weaker than all the glitz around them. Image: A scene from ChintuJi

Not enough people watched veteran writer Ranjit Kapoor's directorial debut, and it's a crying shame. Rishi Kapoor stars as a fictionalised, caricaturised version of himself, a big star coming to a little village, one as idyllic as the Gaulish village in Asterix.

It's hard not to fall for the naive charms of the film, keeping its cleverness subtle and its asides intelligent. There is a random terrorist subtext that takes the film tragically into melodrama, but that aside there's much to love -- not least a fantastic song called Akira Kurosawa that sees the names of world cinema directors used instead of gibberish Bollywood routinely passes off as African.

3. The Medallists: Rocket Singh: Salesman Of The Year 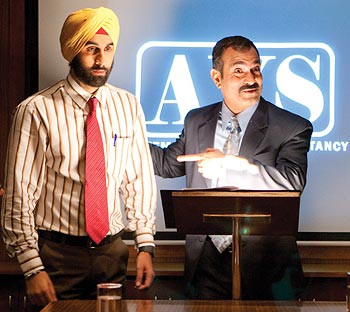 Going from strength to strength, director Shimit Amin shows off immense confidence with this wonderfully assured product, a film that strips a superstar of his sheen and lets us all get acquainted with an eclectic bunch of real people.

It doesn't try too hard to tickle or preach or even be clever, the above-par writing and the terrific ensemble making sure the film's message is clear and the tone is casual. It's an awesomely basic film that impresses with its simplicity.

It's much harder to be defiant yet polite, and Rocket flies high, but only because it knows it can, not because its trying to prove it has wings. 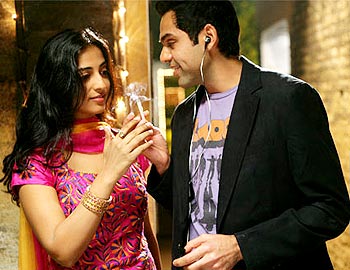 We've been patient with this Anurag Kashyap. The man built up a cult before anybody had seen any of his movies, and while he has impressed in bits and starts, he's also underwhelmed. This time he hit, hard. A madcap musical stitching together well over a dozen songs wasn't his format of comfort, but Kashyap dived kaleidoscopically through it, taking a now-threadbare romantic epic and not just modernising it but subverting it. And how.

The second half of the film lapses into self-indulgence and is mostly carried through by composer Amit Trivedi, the year's true star, but the first half more than compensates: especially in the way it has forever changed the relationship between mustard fields and our cinema. Wow. 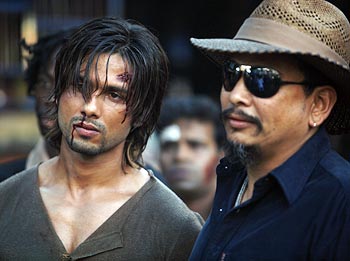 Hindi cinema hasn't had a world-class filmmaker for many a decade, and Vishal Bhardwaj's intuitive yet immaculate craftsmanship ensures cinema of a calibre we are just not used to. Not just is the man an accomplished storyteller, but he embellishes a basic storyline with magnificent detailing, the composer-singer-writer immersing himself in every step of the filmmaking process.

Kaminey is, on the surface, a wild, crazy ride. A story of twin brothers, disarmed with a lisp and a stutter, this is also the tale of a girl canny enough to both lie and love, a diabetic politician pushed to breaking point, and a most unlikely mafioso family. This is a tale of brothers, born out of blood or circumstance, a tale that leaves you wanting so much more.

And below that electric, screen-ravaging surface, here is a film that revels in its details without rubbing them in your face. It's a film that respects the intelligence of the ticket-buying public, one that presents a challenge and then goes about losing itself deliriously in its own labyrinthine ways.

As a close friend said while I was lamenting the sorry state of 2009's cinema, if a yearful of bad movies can bring us a Kaminey, maybe it isn't that bad a year after all. Dhan te nan.