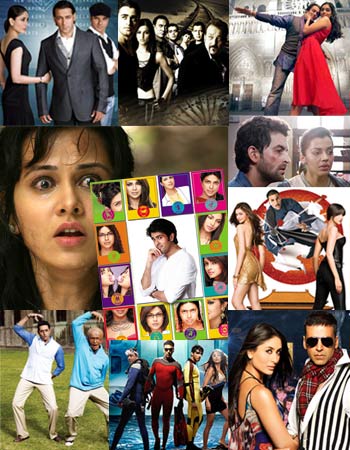 Image: The Worst Films of 2009
Raja Sen in Mumbai

I dodge bullets every week.

They come in the shape of movies. I've been in this gig for five years now, and -- in a business that doesn't even give you five genuinely good films a year -- I can only really manage one film per week.

Yet it doesn't ever last. At the end of the year, while all of you recuperate from rum-drenched christmases, I sit back with a scowl and look over dozens of obviously bad films, asking colleagues which were the year's biggest clunkers and watching them. All writers are masochists, but a season of self-flagellation is really no fun.

Anyway, the following 10 are a bunch of bad, significantly pointless films. You will, in all likelihood, disagree. Note that I leave out random obscure DVD remakes, exploits of a nasal singer and movies that smell of B-movie status right from the poster: they're way too soft to be targets.

Here are movies that could have been, at least optimistically speaking, watchable. They aren't. In no particular order, click on for the year's worst films. 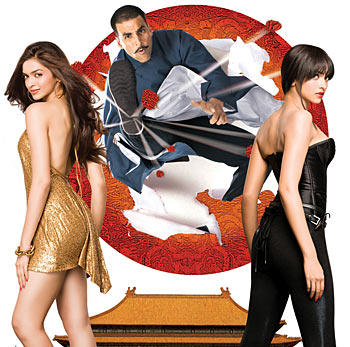 Loved the poster, loved the promo, loathed the film. Nikhil Advani couldn't decide whether he wanted to make a Gunda style B-movie or a Kung Fu Hustle style farce, and the result was immensely painful.

That remarkable 'ohh mere Iron Man' scene -- check details under the 'most cringeworthy dialogue' category right here --  is tattooed in my skull forever, as is Deepika Padukone's overwhelming lack of acting ability. 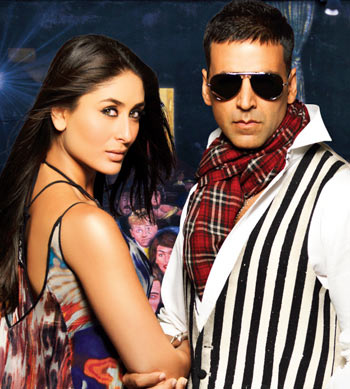 Image: A scene from Kambakkht Ishq

Months before he irritated television watchers around the country in Bigg Boss, Vindu Dara Singh played sidekick to Akshay Kumar in this monstrosity -- and he wasn't the worst thing in the film.

That pretty much says it all as Kareena Kapoor plays a doctor-slash-supermodel and Kumar plays a superstar-stuntman in a film loaded with fart gags and all the makings of a migraine. 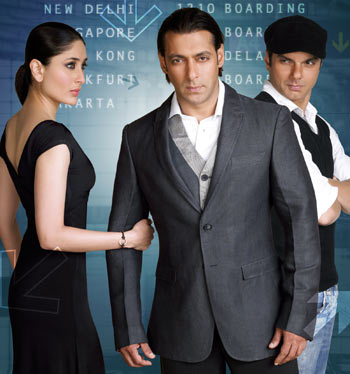 It's tragic to see an actress like Kareena constantly pop up in these films, but the woman clearly needs to read scripts before signing on the dotted line. 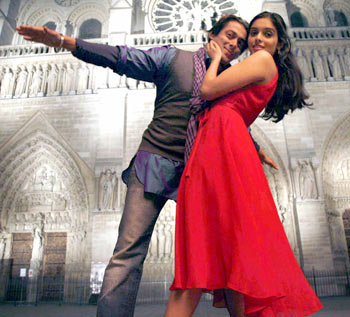 It's one of the unlikeliest questions. What happens when Vipul Shah takes on Peter Shaffer's Amadeus, and casts Ajay Devgan, Salman Khan and Asin in the title roles?

The result is a complete and inadvertent hoot, a dramatic film that only makes sense as background accompaniment to a drinking game. The music is insipid, Devgan is laughable but Salman takes the everlovin' cake.

The man is star and in-joke rolled into one, really. 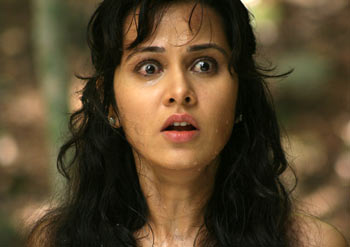 Image: A scene from Agyaat

Maybe it's because I saw Shiva before I was 10 and Satya before I passed out of school, but I can't help thinking Ram Gopal Varma will someday bounce back to form and stun us all.

Well, this extremely gimmicky horror film where he tried to fool the audiences by not having a plot at all -- the film's final twist was that RGV didn't know what the story was -- wasn't quite the answer, and we were left exasperated yet again. 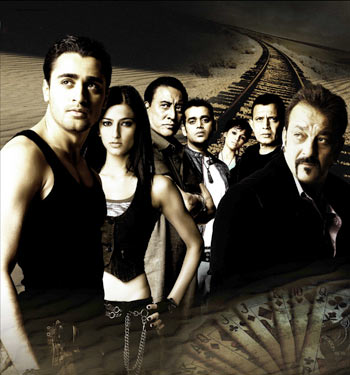 Kamal Haasan's daughter Shruti wasn't among the charmed ones, making her debut with this turkey, while Imran Khan clearly needs to wait for his voice to break before playing a grown up. 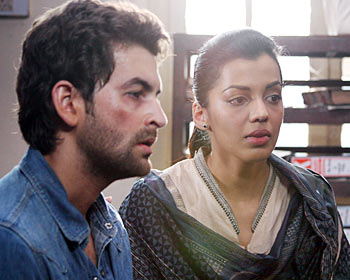 Ah, Madhur Bhandarkar, how these lists love you so. (Look under 'The Big Banana' category over here, do.)

This time you left out the girls and tossed Neil Nitin Mukesh behind bars as you tried to take on... hang on, what exactly? Jail authorities? Cops? The crusader of obvious causes tried to make a mood piece, and the only mood it achieved was sleepy. 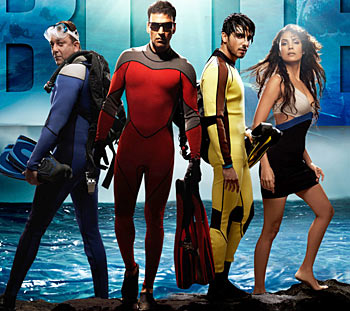 You know a film is particularly execrable when it makes even the infallible A R Rahman look bad. Boasting of his worst ever soundtrack and Hindi cinema's biggest ever budget, this waves-and-treasure saga is just that -- all wet.

Akshay hides behind a bad beard while Sanjay Dutt flaunts a paunch, and hunting for buried treasure never, ever seemed this dull. 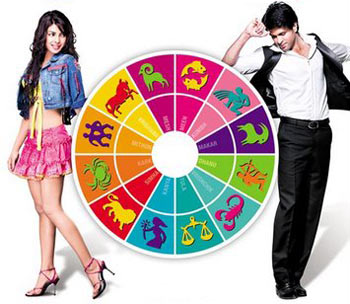 Image: A scene from What's Your Raashee

Someday, Ashutosh Gowariker will make a two hour movie. It will happen, really. Maybe it'll be the day he's assigned to make a half-hour television episode, but the day will come, I'm sure.

Until then he makes us sit through these four hour monstrosities, and this year he was sadistic enough to make us watch Harman Baweja for that long. While Priyanka Chopra pranced around and prepared for a fancy dress party. Unforgivable, this one. 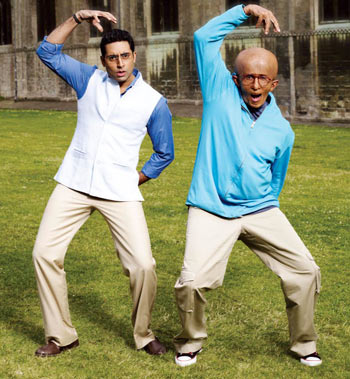 Whoa, Balki, what the hey? Utterly besotted by the father-son-son-father casting coup, Balki swapped a child suffering from progeria for a tall mutant (the normal kids don't grow beyond 3.5', while Amitabh Bachchan stood a slightly hunched 6-footer) and created a film that was one of the year's most boring -- predictable from start to uber-melodramatic finish.

There is much pretention in Paa, and while Amitabh convincingly managed an accent throughout the film, all was undone with Abhishek beatifically thanking God for 'not having a condom that day,' the day Amitabh was born. Argh. This for a 12-year-old who behaves seven and has an unhealthy obsession with butts.

Emotionally manipulative and harebrained in the same breath, Paa did the double whammy by putting Bachchan under hours of makeup and convincing us that this was good acting. It's not, and Amitabh could do it in his sleep. Heck, he probably did.