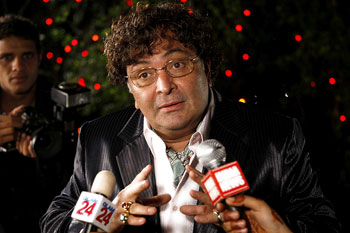 Image: A scene from Luck By Chance
Raja Sen in Mumbai

Another year come and gone, and another set of great performances. The following list isn't your usual set of leading men, it's just an awestruck look at the year's ten best male acting jobs. Gentlemen, bravo.

In Luck By Chance, Kapoor played an oily Bollywood producer, desperate to juggle dates and stars to get his film going. It's a broad, composite take on a few well-known producers and so warmly does Kapoor essay the part that one is charmed by him, well despite his obvious smarminess. 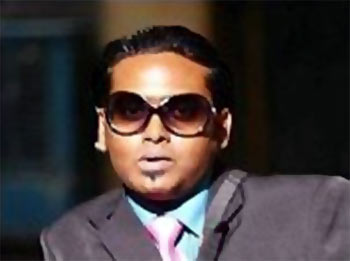 Devdas is traditionally a film that belongs to the womenfolk, but the reason Dev D's narrative scurried along fast in the second half was because of Dibyendu's pimp -- Dev's 'friend,' Chunni, leading to his ruin. It's a wonderful revamping of the character, and Bhattacharya is excellent as he snorts coke and spreads love -- for a price. 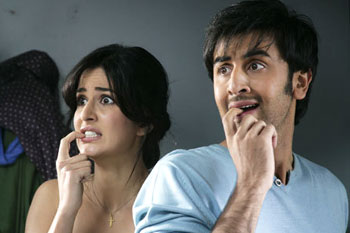 In Rajkumar Santoshi's Ajab Prem Ki Ghazab Kahani, there is little the script has but whimsy. What the film has, however, is a full-blown superstar crackling in top form, working everything from slapstick to nuanced gags with consummate ease.

It's spontaneity of a kind very rarely seen in our leading men, and Kapoor, frequently referencing his granddad Raj, ends up showing a spark reminiscent of the great Kishore Kumar himself. Stunning. Luck By Chance is full to the brim with lovely, starry cameos but the film's finest find is Hrithik Roshan's sense of humour as the actor spoofs himself, going all tantrummy and manipulative and excessively effete.

In one fantastic moment, the actor's car is beset by street urchins, and as they raise their hand to the glass, so does he. They're exultant from the outside but as the camera pans in, we realise he's just looking at his own reflection. 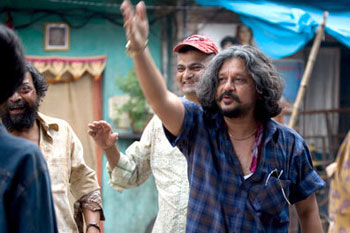 Playing the communal politico mafiaman like a demented Santa, Gupte revelled in the moments of pitch-black humour, both morbid and macabre finding room in his bloody punchlines.

A nuanced, often intentionally over-the-top portrayal that gave the film the theatrics it needed. 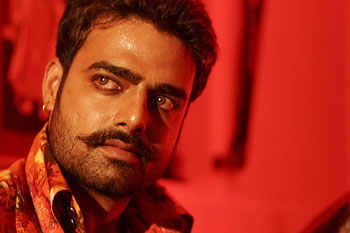 Anurag Kashyap is great at getting together an ensemble, and while his Gulaal boasted of many well-known actors in top form, it was Singh's unknown princeling who stole the show with his emphatic supporting role.

Abhimanyu's Rananjay Singh is the most compellingly macho screen presence we've had in a while, and the actor packs a tremendous punch even though he exits the film midway. 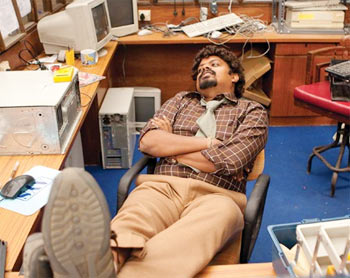 Shimit Amin's Rocket Singh was all about the real, and characters of this cubicle drama didn't get any more authentic than the porn-loving tech guy.

Santosh's Giri pulled off a convincing Hyderabadi dialect and an endearingly flexible brand of greed to emerge as the film's most memorable character. 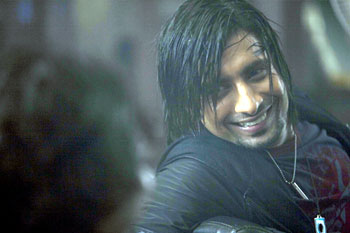 In Vishal Bhardwaj's superlative Kaminey, the finest scene involves two different breeds of goons colliding. Sanyal, playing the wild, coke-addled Mikhail, storms into the room and incandescently picks a fight with a group of gangsters, oblivious to their danger, aware only (and wrongly) of his own invincibility. Raw and electric, Sanyal burns up the screen and establishes himself as an actor to rave about. It's one thing to don the superstar cape and tights when you've been bred in the biggest filmi family of them all, but to really get a Clark Kent act right is hard as hell.

Kapoor lays bare his stardom and goes starkly simple in Rocket Singh, giving us a simple, wonderfully believable Sikh -- one unlike any of the caricatured Sardars Bollywood's shown us before.

And even as he shuffles around minus obvious charisma, the actor makes sure his charm inevitably sneaks up on us. 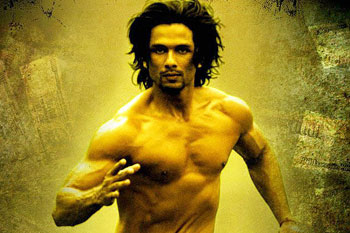 Charlie has a lisp, saying f instead of s. Guddu, crippled by a debilitating stammer, makes sure he doesn't get stuck at s. Charlie's street-smart and buff, dreaming of setting up a booth at the racecourse. Guddu's a nervous NGO-worker who's just knocked up a goon's sister, and thinks he loves her despite her betrayal.