Meet the 'Kamina' in Kaminey 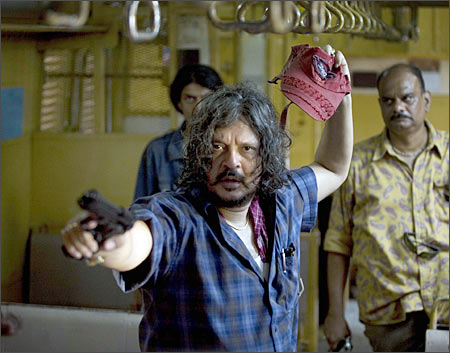 Amole Gupte raked up a controversy when Aamir Khan took over his directorial debut Taare Zameen Par, and directed it himself.

The talented artist has since moved on, and now wants to test his acting skills. He will play the villain in Vishal Bhardwaj's Kaminey, starring Shahid Kapur and Priyanka Chopra.

He tells Patcy N what to expect from Kaminey, and more.

Have you acted in films before?

I was a part of Mahendra Joshi's theatre group. The others in this group were Paresh Raval, Feroz Khan, Aamir, Neeraj Vora, Vipul Shah, Aatish Kapadia and Deven Bhojani. Most of us who were a part of Joshi's group have done something creative though we were commerce students in college.

'Kaminey is a caper movie with juicy characters' 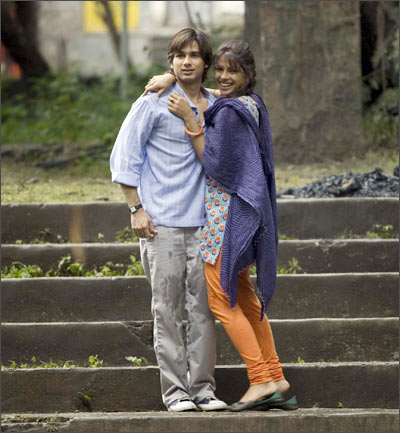 How did Kaminey happen?

When I got a call from Vishal's office to act in the film, I thought someone was pulling a fast one on me. But then I was put on to Vishal, and he told that he knew of my past work in Films and Television Institute of India. His team had researched on me and that's what I liked about him. He told me the story of Kaminey and I freaked out. It's a new genre in India.

It is a caper movie with juicy characters. It has the element of thrill, moves fast and has comic elements too. It is about how people react when they are trapped in situations. Shahid has two fabulously contrasting characters in the film. One of them happens to be the bane of my life.

There are many talented actors to look out for in this film. One of them is Tashi, Vishal's friend. Then there is Shiv Kumar Subramaniam, who has written Parinda and Teen Patti. Hrishikesk Joshi who wrote Marathi film, De Dhakka, is brilliant.

There's also Deb Mukherjee, who was in Jo Jeeta Wohi Sikander. I was also part of that film. I did the last commentary, as Tom Alter did not turn up.

'People are going crazy after watching the promos of Kaminey' 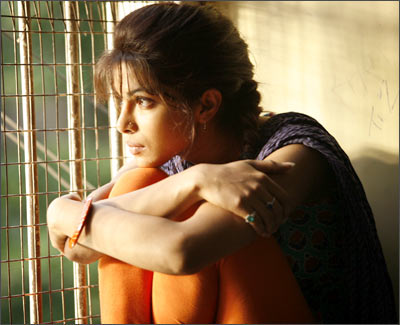 Tell us about your character in Kaminey.

I play Priyanka's brother Sunil Shekhar Bhope and am called Bhope Bahu. I am a very intimidating, criminally powerful person.

What attracted me most to the film was that it's so unlike me. My character has negative shades because of his circumstances, as his ambitions are thwarted.

Being a director yourself, did you ever think you could have done a particular scene a better way?

Being a person from the industry, I know that when I am sitting in the actor's seat, I have to respect my director. I can give a suggestion, he can accept it or not. People are going crazy after watching the promo. I hope the film does well. 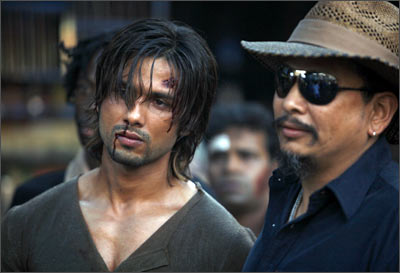 How was it working with Shahid and Priyanka?

They are very dedicated. They reminded me of my days of working with Ketan Mehta on Mirch Masala as an assistant director. All of us tried to achieve the best. At 2 am, Smita Patil would walk in to help us out. I saw that level of participation in these youngsters.

The amount of diligence is also because of Vishal. He's very motivating, that's why he has a great track record. 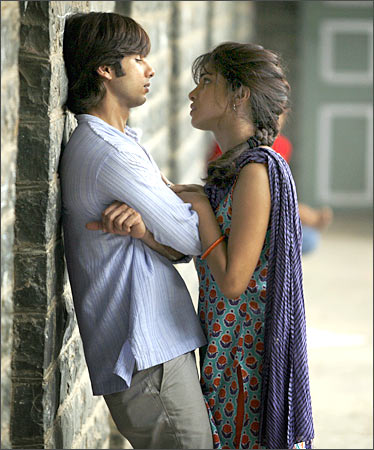 I was born in Mumbai. During my schooling years, I was adjudged as a good painter. My art teacher, Nikumb, whose name I gave Aamir's character in Taare Zameen Par, was fabulous

My parents exposed me to Marathi Natya Sangeet. And I had the fortune of learning drama from Mahendra Joshi in college.

After that, I joined FTII in Pune and spent eight years there. I acted in the cult film, N C Thade's diploma film Chakar Chandu Ka Chameli Wala in 1982. It won a National Award that year.

After that, I hung out at the campus to absorb cinema. I participated in student films, working as a writer, painter, actor, musician and music composer at the rate of Rs 30 per day.

Didn't your parents feel you were wasting your time?

No. They understood because they were very interested in art. My father was a software consultant. He was away most of the time but he gave me the best literature and exposure to art. My brother lives in Hong Kong now, and is a finance director of the world's largest shipping corp. 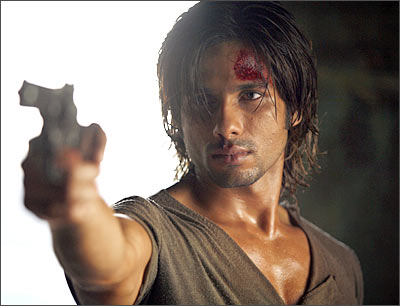 What made you get out of FTII?

I built a studio in Mumbai, as I had started painting. I started doing solo sold-out shows.

But I did not want to join the mafia of art, as it depended on one art critic or art gallery owner to decide who the next big painter would be. I decided to take up cinema instead, as the audiences will decide the fate of a film.

In 1990s, I hosted a talk show called Bindaas Bol. After that, I did sessions with various schools. I came across Maharashtra Dyslexia Association and joined that during the summer. I realized that what the society thought wasn't fit was completely fit. This was later made into the Taare Zameen Par script. I took the script to the Children Film Society of India. The panel liked it but the chairperson Sai Paranjpe rejected it.

So I reworked on the script. In 2002, I decided to narrate the script to Akshaye Khanna, as Dil Chahta Hai had just come out and he had played a painter there.

So I met Aamir and asked him for Akshaye's number. But we could not get in touch with him. So Aamir told me that he wanted to hear the script. But I had to wait for two years for him to hear it.

'I am working on my film called Sapno Ko Ginte Ginte' 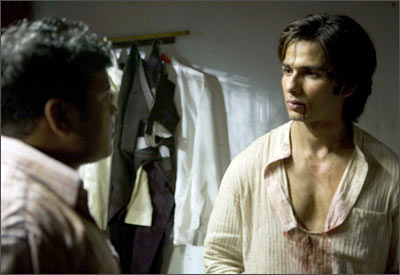 What did you do after TZP?

I worked with financially challenged children, as well as an organization called Aseema, which has adopted four municipal schools. I try to train the kids and teach them filmmaking. I show them the best of world cinema.

Now, they have written and directed a seven minute film themselves.

I am also working on my film called Sapno Ko Ginte Ginte. It's a children centric film again because the unjustified economic divide. I will approach a big actor because then the reach of the subject is wider. The film will go on the floors by October.