Sign in  |  Create a Rediffmail account
Rediff.com  » Movies » 'I am not a funny guy in real life'

'I am not a funny guy in real life' 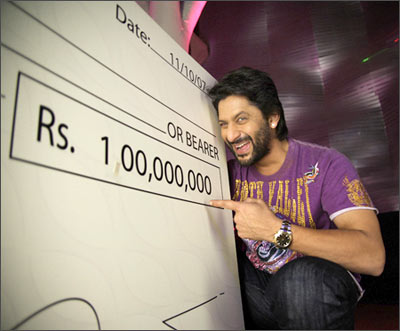 Arshad Warsi seems to have stepped into the big league after the super success of his Munnabhai movies. His talent has finally been noticed, and now, the actor hopes to show more of it in Short Kut: The Con Is On, releasing this Friday.

Syed Firdaus Ashraf talks to Arshad about his rising fame and more.

After being part of so many hit films, do you feel you have moved into the big league?

Do you think your name sells at the box office?

Maybe I do sell. If my name did not, nobody would have taken me in films. When producers put in so much money, they obviously have their reasons. But yes, it's good to know you're in the big league.

How do you look back at your career?

Honestly, I wish it was better than what it is. It took a long time to get people to realise that I could act. But I guess, this is life. 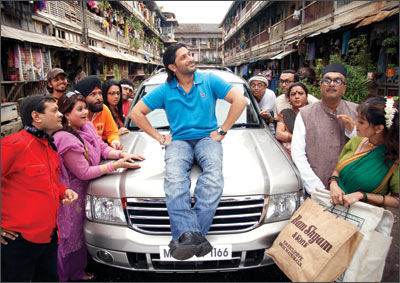 There was a time -- before Munnabhai happened -- when no one wanted to be associated with Arshad Warsi.

At the start of my career, whenever I entered a party, people would want to be with me. I was new to the industry and could not understand that. I used to say bade acche log hai yahan (there are very good people here).

Then when times went bad, people suddenly started disappearing! (laughs). So I started wondering what was wrong.

Now I understand that as long as you are doing well, everything is fine. When your career fails, you are in trouble.

I was never business-minded or pushy for roles. I am too calm and chilled out.

Why do you think your career started failing?

I don't know. I have no answer to that. I guess I started giving dabbas (flops) at the box office. But it did not affect me. I stayed at home, then moved to New York for some time and enjoyed myself.

Did you want to break away from your comedian image?

That is not in the hands of actors.

I always say I'm paying the price for doing a good job. If I had done a mediocre job, there would have been no job. Now people know that I do very good comedy, so it's a safe bet for producers.

I want to do other kind of roles. I'm tired of comedy roles. But I guess this happens in the industry. Amitji [Amitabh Bachchan] got the title of Angry Young Man, Amjad Khan became Gabbar Singh all his life... So these things happen. The image can only change when you become a star. After you achieve that, you can dictate terms. You can say you don't want to do comedy. If I say I don't want to do comedy, the producer will bring in someone else.

'Govinda is a fantastic actor' 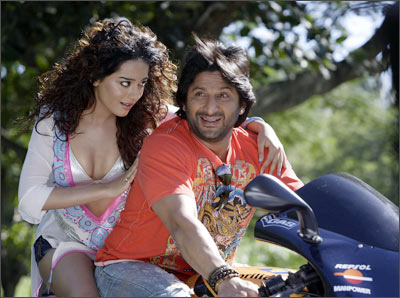 Are you playing a Govinda kind of role in Short Kut?

No. I play a bad actor in the film, and Govinda is a fantastic actor. This film is a romantic comedy, about a guy struggling to become a director.

Akshaye Khanna and I are friends in the film. He wants to follow the straight path but I don't care about such things. So basically, I'm the villain. Short Kut is the aim of this character's life.

Did you gel well with Akshaye, who is so reserved?

We are both Arians. But there is a huge difference between us -- he speaks very little and I speak a lot. He is from the elite South Mumbai and I'm from North Mumbai. But we never had any problem while shooting.

When will Munnabhai 3 begin?

It will begin soon after Raju completes 3 Idiots. Munnabhai Chale Amrika will begin by May 2010.

But George Bush is no longer the US President and he was supposed to be a part in the film, right?

So what? There is still a president in America, isn't it? Munnabhai 3 is not the story of George Bush. As far as I know, the story is about how an Indian is treated in a foreign land. There is emotion and humour in it.

'I owe my success to Sanjay Dutt' 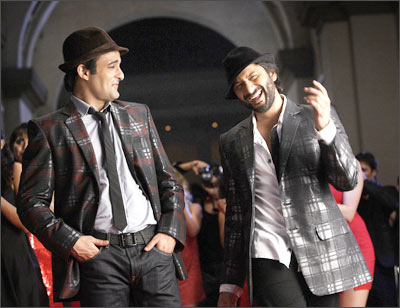 Is it true that you were supposed to campaign for the Congress party in the last general elections but Sanjay Dutt told you not to do so?

Let me put it this way: If Sanjay Dutt wasn't in Munnabhai, I would not have been able to do what I did in the film. In the South versions of Munnabhai, my character Circuit has no role because the hero ate it up. If the film starred another actor who was complex and insecure, my scenes would have gone for a toss.

I owe my success to Sanjay Dutt.

After Short Kut, there's Ishqiya. I have a different look in the film. After that will be my own home production.

'I have not moved out of Mumbai for a long time' 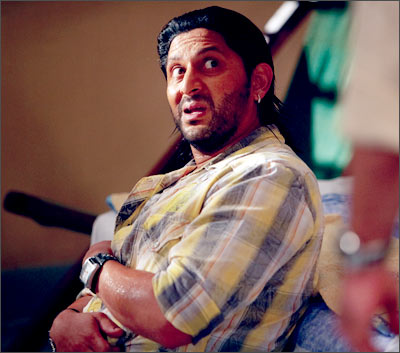 There were reports that your marriage was on the rocks?

Do such reports make you angry?

No. I am very practical. If I am in this profession, then the press will obviously write about it. It does not matter to me.

But the problem was the long distance, it seems. You were always out of town, and not with your family.

Yes, that was a problem. It was very difficult for me. That's why I have not moved out of Mumbai for a long time (laughs). I was out of Mumbai, shooting, for almost eight months.

Long distance is not good. There is no problem as far as the wife is concerned because she is an adult. But kids don't understand. What will I explain to my two-year-old daughter? What was I doing eight months out of home?

'I don't live in a fantasy land' 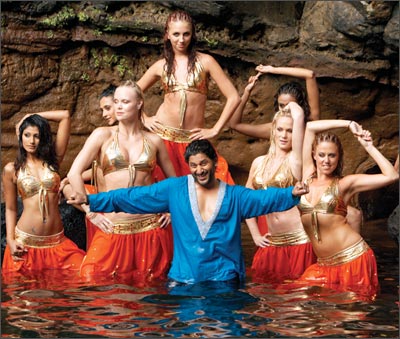 How has success changed you?

It hasn't. I have my head on my shoulders. I don't live in a fantasy land. It's up to you how you take it. I met Harrison Ford in a shop in New York. There were many Indians in the shop at that time. Many of them got excited when they saw me but when I saw Harrison Ford, I got excited.

Are you a funny guy?

I have a sense of humour. But I'm not a funny guy in real life.

Your role was chopped off in Golmaal 2. Did you feel bad?

I was hardly there in the film. People are asking me to do Golmaal 3 but let me hear the script first. When you do a film, you need to have some inputs in it. If there is no input and it becomes a hit, then you feel ashamed to take credit for it. I wondered what I did in the film to feel excited about.

Did you call Rohit Shetty, the director of the film?

Yes, it has been sorted out now.