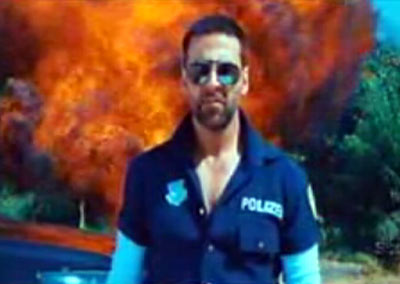 But before the laughs came the roundhouse kicks, and as we see Akshay Kumar return to his action roots with a stuntman role in Kambakkht Ishq, here's a look at his most memorable fight sequences:

Akshay had a guest appearance in OSO, but he brought the house down. The film featured a Filmfare Awards sequence with Akshay Kumar being a Best Actor nominee, and they showed a clip from his fictional film Return Of Khiladi.

It was a spoofy moment in a Bollywoody comedy, but trust Farah Khan to go wild as Kumar sportingly mocked his own actioner image in this unforgettable trailer, ripped from a popular YouTube video. Truly, the police action film Bollywood needs. 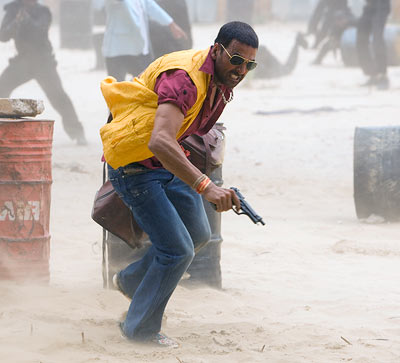 Scene: The mad western sequence at the fort

There weren't too many takers for Vijay Krishna Acharya's 80s-lovin' Tashan, but the director went extremely Robert Rodriguez in a sand-and-guns scene.

The scene featured Anil Kapoor, Kareena and Saif Ali Khan fighting for their lives in the midst of an arid desert and a sandy fort, and it gave Kumar a chance to show off the Parkour he casually displays in cola adverts. He leaps, he fires, he soars... and that's how Kumar scores. 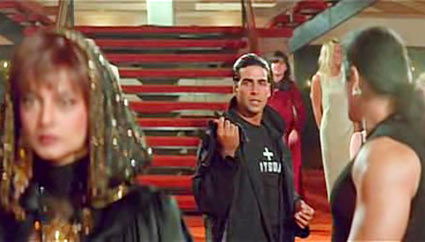 In one of the most famous action scenes of the 90s, Akki took on WWE superstar The Undertaker in this rollicking actioner. He fought him inside and outside the ring, and made the action work.

Despite all the World Wrestling hype, Kumar didn't battle the real Undertaker but a 'fake' Undertaker (referred to as The Underfaker in the WWE) named Brian Lee.

Not that it made things easier, the wrestler taking on Kumar so gleefully that he managed to injure the actor's spine. Akshay's caught as a spy, and Rekha's burly henchman is all set to break him in half. The fight takes on unique tones when Kumar realises that he must maul a gigantic feller in front of him when the guy does a perfect split and sits with a leg each on a pool table. 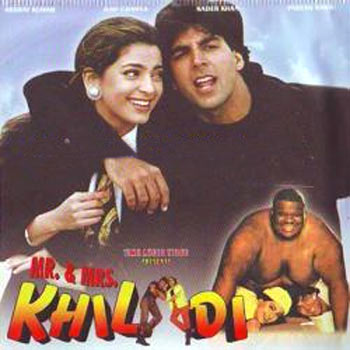 Image: A scene from Mr And Mrs Khiladi

David Dhawan's film was a comedy, sure, but gave Kumar the chance to wrestle an even bigger opponent as the hero grappled with a massive sumo wrestler.

It's an outlandish situation, involving Kumar taking on the rotund warrior to raise money, but Kumar jumps into the sumo circle with glee.

Far from beating him at his own game, Kumar improvises and resorts with much mischief to keep the behemoth down. Memorable, by all means. 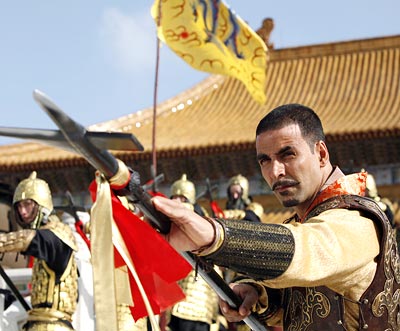 Scene: Fighting on the Great Wall

One would imagine even Akshay Kumar himself can't watch this Nikhil Advani disaster, but be that as it may, the film achieves major impact points by staging fights atop the Great Wall of China, a massive first for Bollywood.

Not to mention working with famed international fight choreographer Dee Dee Ku, something that Akshay feels helped him a great deal. 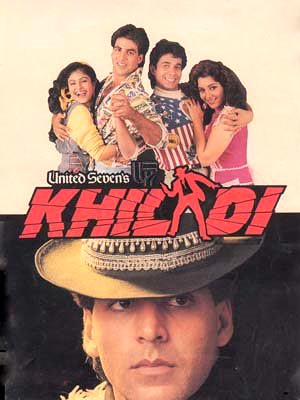 Image: A scene from Khiladi

There's nothing groundbreaking in a college fight scene, but few are executed with such abandon as the one in Akshay's breakthrough film.

Kumar's buddy Deepak Tijori gets into a casual fight, and it doesn't take long for things to get ugly and Tijori to start getting walloped. Kumar throws in his helpful punches and the canteen-wallah is aghast as furniture and cola bottles are broken with gleeful abandon. 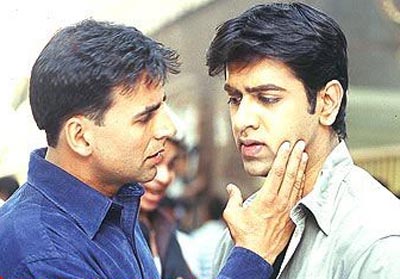 Image: A scene from Family

In this atrocious film by Raj Kumar Santoshi, there is a great Kumar moment as he rushes up to save brother Aryeman from money lenders.

Kumar is all humility as he wards them off with folded hands and promises of prompt payment, and all is just about settled when he notices a cut on his brother's chin -- and big brother launches into action.