'All my releases have hit the bull's eye' 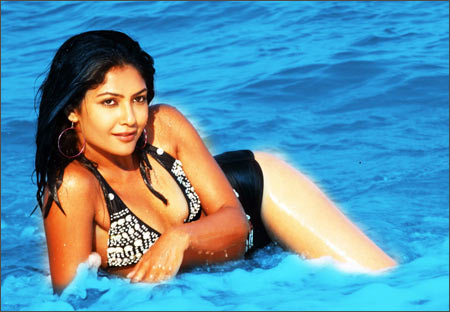 Kamalinee Mukherjee has always done meaningful roles whether it is the one in Anand, Godavari or Gamyam. She has been reprising her role as a doctor in the Telugu Gamyam in Tamil and Kannada and is also going to star in the Hindi version.

Her latest film Gopi Gopika Godavari directed by Vamsi will be released on July 10. She tells Radhika Rajamani more about the film.

I sign all films for their scripts. This was no different. But getting an opportunity to work with an auteur like Vamsi Sir was definitely an added attraction. I have been waiting to do another mature romance, and the story reminded me in parts of my favourite Bengali film so there were too many reasons to do it.

To be truthful, I was not familiar with any of Vamsi Sir's films prior to starting work on this project. But now I have watched many of his films. I agree he has an individualistic and unique way of portraying women. I think he sees a core strength and dignity in women, yet brings out a natural beauty and grace. In our film too the heroine has a gorgeous character sketch. 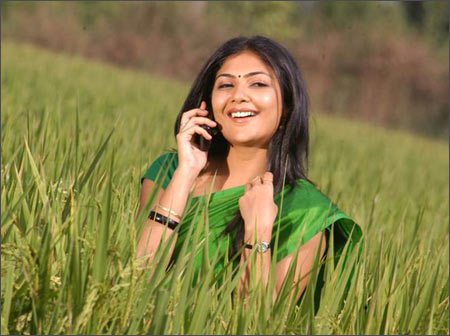 The title is interesting. Does it have any significant connotation?

Well it's not just a title; it's the summation of the film in three words! The film is a love story between Gopi, Gopika and has the Godavari as the perfect backdrop. The river is a character in the film; alive, beautiful and vibrant. As with all Vamsi Sir's films, the title is quirky and has generated a lot of interest as expected!

This is your second film shot on the Godavari and the river serves as the backdrop too. How different is this film and the experience compared to Sekhar Kammula's Godavari which you shot for, a few years ago?

Actually it's my fourth film shot in the Godavari! It's like every year I go back to shoot at least one film there, almost like a past life connection. I love it, and look forward to it.

While Sekhar's Godavari was a more fantastical journey, a sweet love story; Vamsi Sir's film is a mature love story with lot of realistic issues weaved into it, not to forget his own brand of humour that runs through the film. For me, both the directors love the Godavari and each has shown the river in the shades they see it, weaving in romance in varied colours.

'I really did not prepare for the role' 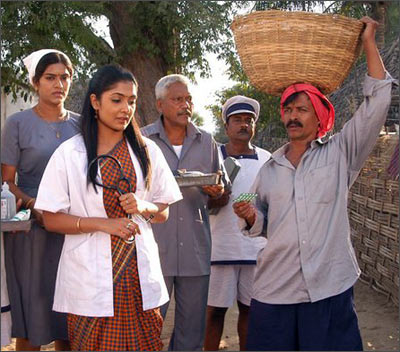 Image: A scene from Gopi Gopika

You play a doctor on a mobile clinic in Gopi Gopika... Could you talk a bit more about your role?

My character Gopika is a mature, independent and compassionate woman. She chooses to have a mobile hospital in the Godavari, serving the people in the surrounding villages. Her life is simple and beautiful like her and her love story is both poignant and complex. She is a giver and life gives her back what she offers it -- goodness.

How did you prepare for it?

I really did not prepare for the role other than working super hard on my lines. But as usual I felt the character and responded to her circumstances.

You also played a doctor in Gamyam. How was that role compared to the one in Gopi Gopika?

In Gamyam, Janaki was a medico, training to be a doctor but here Gopika is already a full-fledged doctor with her own mobile hospital. The sense of responsibility is deeper in her but both characters reflect compassion, dedication and independence. Gopika, unlike Janaki has roots, family and a support system so her sense of security shows in her portrayal.

'Venu is a great co-star' 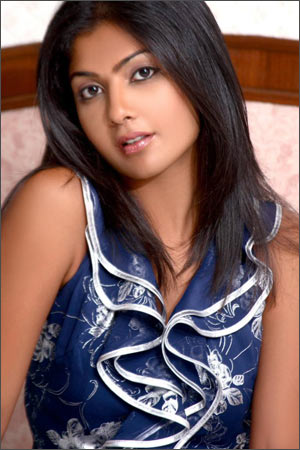 You are paired opposite Venu for the first time. How was he as a co-star?

Venu was a delight to work with. His attitude is hundred per cent positive and he puts in tons of preparation into his work. He was always smiling, ready to help and a great co-star through the long shoot.

How was it being directed by Vamsi?

Working with Vamsi Sir was a learning experience all the way. No other director I have worked with takes so much interest in explaining the workings of film to his artists. He is a maverick genius and his experience and passion for films shines through in his very approach to it. He has an insane amount of energy and a large appetite for life. I was filled with wonder and often in awe of his brilliance during the shoot.

How enthusiastic are you about this film? What do you think are its plus points?

More than enthusiastic, I have a deep sense of satisfaction over the film. As an actor, it was gratifying to portray the character and be a part of this simple love story. I think the audience will find the film touching and beautiful. A sense of expectation is laced through the film, and that along with its humour  and music is a big USP. Besides, no one truly can get tired of seeing the Godavari and its magnificence!

'Gamyam has really had a crazy effect on people' 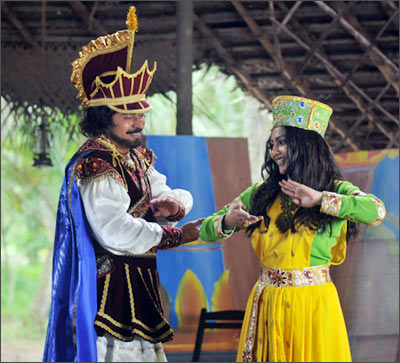 Image: A scene from Kutty Shrank

Have you signed any new Telugu films?

I have been on a bit of a sabbatical from films because of a laser eye surgery for vision correction that I underwent earlier this year so I have not been on a signing spree but presently I have a film in sight with a new director that I am interested in doing, quite a digression from my earlier roles.

You are perhaps one of the few reprising your role in Gamyam in most of the languages it is remade in. Now you are doing it in Hindi. How does it feel?

Gamyam has really had a crazy effect on people irrespective of the language. I feel lucky to have been offered the role each time! It really boosts an actor's confidence to know that a character has become synonymous with himself/herself. I truly enjoyed Janaki.

You worked in Shaji N Karun's Kutty Shrank last year. How was the experience of working in that film with Mammootty and Shaji.

I have been blessed to have been working with veterans and new directors alternatively. It's been a roller coaster ride! Shaji Sir is a revelation and his sense of cinema is unlike anyone else. His control over the medium and his astute characterisations leave you astounded. It is not easy to weave stories like him. I am super proud of my work in Kutty Shrank especially because he brought out an almost animalistic sexuality and silent energy that I personally feel most directors miss out in me. He just had no preconceived notions about me and that helped a lot.

As for Mammootty sir, what can I say? He's a true actor, takes his work seriously and inspires you with his larger-than-life personality. With skill like his, you can only sit back and watch him weave his magic. I'm excitedly awaiting the release in August.

'I get bored easily' 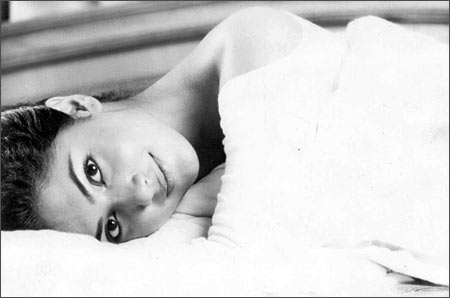 You are selective about your roles...

I am selective because I love my work too much to slack off or work just for money. I need to feel stimulated and excited about a role or the film or it just doesn't make sense. I get bored easily, so working on the same kind of characters repetitively is also a task. Hence waiting for good scripts is never an issue, besides I like doing so much other than working. Working only eight months in the year makes me happy, keeps me focussed enough to give my best consistently.

What's been your guiding maxim in life?

It's important to try and keep people around you happy, that always ensures your own happiness, I think. Life gives back what you give, manifold. So being true is really easy and laughing, smiling, eating well, doing your best and believing in God and yourself kind of sums it all up.

Life right now is very relaxed.  I have had a good rest period and am raring to get back to work. All my releases have hit the bull's eye this year and I have a great feeling about the ones coming up! So here's to more films, fish, family and friends this year.
More
Write a
Comment
Print this
article